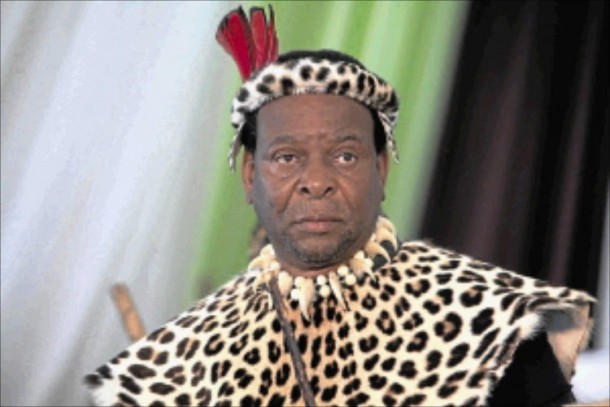 The Ingonyama Trust Board (ITB)‚ which may be forced to pay back millions of rands it has unlawfully collected in rent for nearly a decade from people living on land it controls on behalf of Zulu King Goodwill Zwelithini‚ needs more time to respond to a legal challenge.

The trust‚ which administers 2.8-million hectares of land on behalf of the Zulu monarch‚ had until the end of January to respond to an application filed by the Legal Resources Centre (LRC) in the Pietermaritzburg High Court in November on behalf of the Council for the Advancement of the SA Constitution (Casac)‚ the Rural Women’s Movement and seven informal land rights holders.

However‚ TimesLIVE has established that the ITB has requested a further extension until the beginning of March because of the voluminous documentation filed‚ as well as the disruption caused by the festive period.

LRC lawyer Thabiso Mbhense confirmed to TimesLIVE on Thursday that the ITB had requested an extension until March 1.

The Ingonyama Trust‚ whose sole trustee is the Zulu monarch‚ was established in 1994 to be the custodian of the land previously administered by the former KwaZulu-Natal government.

Two years ago‚ the trust published adverts in various newspapers in KwaZulu-Natal inviting holders of PTOs to approach the ITB “with a view to upgrading these PTOs into long-term leases in line with the Ingonyama Trust tenure policy”.

The envisaged lease agreements would be for 40 years and could cost the occupier between R1‚500 and R7‚000‚ depending on the size of the plot of land.

But the applicants argued in court papers that the trust acted “unlawfully and in violation of the constitution” by cancelling PTOs and concluding lease agreements with the holders of PTOs or informal land rights.

Casac‚ through an affidavit filed by its secretary Lawson Naidoo‚ said since 2007 the trust and its board have been “undermining the security of tenure of residents and occupiers of trust-held land in KwaZulu-Natal”.

It also emerged from the court application that the ITB and traditional leaders were forcing woman residents on land under its control to sign leases through male proxies.

In her affidavit‚ Rural Women’s Movement chair Sizani Ngubane said: “I have also heard of cases where the ITB‚ or the inkosi‚ insists that the lease must be in the name of whatever man they find on the property‚ because they assume that a man must always be the household head. This creates great difficulties if the man is just a boyfriend of the woman who owns and has established the property.”

The ITB‚ which has vowed it would oppose the application‚ did not respond to queries about the extension.

The trust has come under scrutiny after a high-level panel headed by former president Kgalema Motlanthe proposed the disbandment of the trust. Last year‚ parliament’s portfolio committee on rural development and land reform also instructed the ITB to stop converting OTPs into leases.

The auditor-general also took issue with the ITB for failing to provide supporting documents to account for land to the value of R1.08bn. Last year it was ordered by the auditor-general to pay the Treasury millions of rands in mining royalties it has collected since 1994 which will now have to be paid into the national revenue fund.

But King Zwelithini has made it clear that any attempts by the government to tamper with tribal land under the trust would be met with resistance by his subjects.