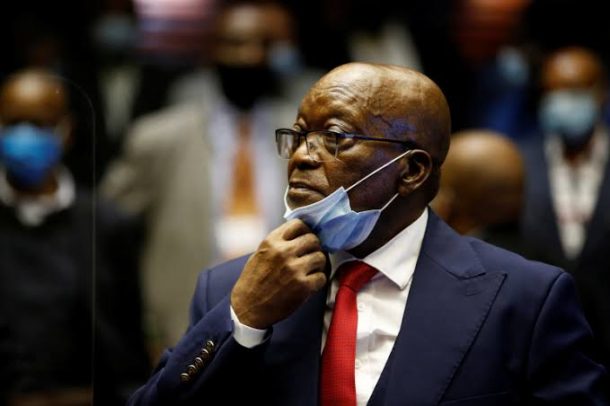 The corruption trial of former president Jacob Zuma has been adjourned to later this month when‚ depending on his medical condition‚ his “special plea” to remove prosecutor Billy Downer will be heard.

If he applies for another postponement based on his medical condition‚ then the “necessary evidence” would have to be led on September 20 and 21 in open court‚ Pietermaritzburg High Court Judge Piet Koen ruled on Thursday.

This most likely will focus on evidence of his doctors and those appointed by the state.

However‚ his advocate Dali Mpofu said that there seemed to be “progress” between the two medical teams.

“The teams are finding each other‚ getting close to each other. If they agree (on Zuma’s prognosis) then that’s the end of it. If they don’t‚ then there will have to be viva voce evidence.

“But if his (Zuma’s) health improves‚ then the two days will be used for the special plea‚” he said during the brief virtual hearing.

The parties also agreed on dates to supplement their papers.

Zuma was serving 15 months in prison for contempt of a Constitutional Court order that he appear before the Zondo Commission of Inquiry into State Capture.

However‚ he was removed from the Estcourt Correctional Centre and placed in a hospital in Gauteng.

At the last hearing in August‚ his legal team presented a doctors’ report from Brig Gen Dr Mcebisi Zukile Mdutywa from the department of defence’s military health services‚ which stated that he was undergoing an extensive medical evaluation for an emergency procedure which carried a “significant risk to life”.

In terms of an order taken by consent‚ Zuma would submit himself for examination by doctors appointed by the state‚ if necessary‚ dependent on a more comprehensive medical report which was to be given to the prosecution later that month.

Subsequently‚ the Jacob Zuma Foundation said Zuma would not comply with this‚ and his medical condition was confidential.

He has admitted he had taken the decision personally and that the Medical Parole Advisory Board had not approved it‚ indicating that Zuma was in a stable condition.

Several parties‚ including the DA‚ have said they would challenge Fraser’s decision in court.

The trial‚ when it finally gets under way‚ will first deal with Zuma’s “special plea” in which he seeks to remove prosecutor Barry Downer‚ and any other official from the National Prosecuting Authority from prosecuting the case‚ accusing them of bias.

Among the allegations is that the former president received an annual kickback of R500‚000 — paid through his former financial adviser Schabir Shaik‚ in exchange for shielding Thales from an investigation into the controversial arms deal.