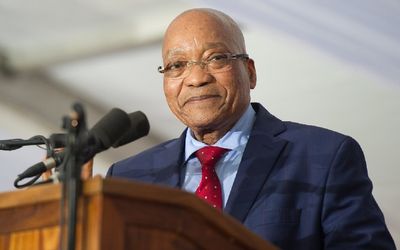 ‘Zuma Must Go’ takes to SA’s streets on Freedom Day

The anniversary of South Africa’s first democratic election will be commemorated by Zuma Must Go protests.

Protests will take place in Johannesburg‚ Cape Town‚ Durban and other locales‚ said the People’s Assembly‚ a loose grouping of about 75 organisations plus individuals that have galvanized around the call for President Jacob Zuma to step down after the Constitutional Court ruling on the Nkandla affair.

The Johannesburg event takes place outside the steps of the provincial legislature on Rissik Street between Helen Joseph and Albertina Sisulu streets from 10am.

“This an inclusive event open to all and will be a space for South Africans to come together and make their voices heard through protest‚ theatre‚ music‚ and poetry‚” according to a statement on Friday by the coalition.

It is calling for people throughout the country to make as much noise as they can – “bang pots in your streets with your neighbours‚ hoot‚ blow whistles or vuvzelas”.

The coalition believes the president should go primarily for his violation of the Constitution‚ but also for many other reasons.

“This will be an ongoing campaign until Zuma steps down – we can’t wait for an exit plan to start only in September; we have to force Zuma to step down now‚” the coalition said.