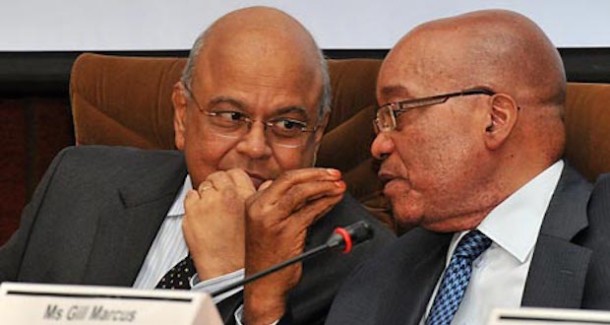 Zuma: I’m not at war with Gordhan

President Jacob Zuma has moved to calm fears that he is engaged in a “war” with Finance Minister Pravin Gordhan.

The presidency on Friday accused the media and some sections of business of peddling a “toxic narrative” portraying Zuma as fighting against his Minister of Finance and the National Treasury.

“The purpose of the said ‘war’ is apparently that the President wishes to take control of the National Treasury‚” said the presidency in a statement.