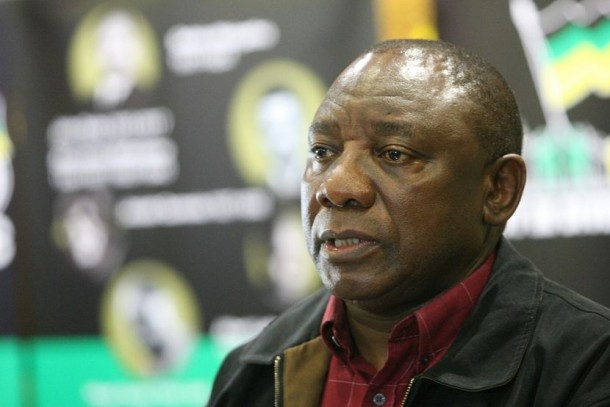 Zuma hits back at ANC ‘critics’ Mantashe and Ramaphosa

President Jacob Zuma has struck back at his critics‚ including those in the ANC‚ saying that his decision to reshuffle the cabinet was lawful and was rational.

In an affidavit filed in the Constitutional Court on Thursday‚ Zuma said that the president must exercise his powers within the law. The Constitution does not require the consequences of such decisions to have a positive or negative outcome‚ he said.

“I note the utterances attributed to the Secretary General of the ANC‚ Mr Gwede Mantashe‚ and the Deputy President‚ Mr Cyril Ramaphosa‚ regarding a perceived failure on my part to consult with ANC leaders and/or officials about changes to the cabinet.

“Public office requires the exercise of public power to be done within the constitutional constraints‚ least of which is rationality. My decision to reshuffle the cabinet was done for rational purposes.”

Zuma was responding to a court application launched by United Democratic Movement. The party approached the Constitutional Court on Monday after the Speaker of the National Assembly‚ Baleka Mbete‚ refused its request to have the pending motion of no confidence against Zuma conducted by way of a secret ballot.

Zuma said that the UDM’s application resorted to judicial intervention‚ when the majority party was legitimately exercising its rights.

“The applicant asserts that without a secret ballot there is no realistic possibility that the motion of confidence will succeed‚ unless the majority party decree that it must.

“As a matter of fact‚ that is the advantage of enjoying a majority in Parliament and that is how the mandate of the majority is carried out by the majority party.”

The president also argued that the UDM’s claim that MPs participating in the motion of no confidence vote could be intimidated or suffer career-limiting consequences if the vote is done openly is spurious and without evidence.

Speaker Baleka Mbete also filed an affidavit at the court in which she said she is “personally not averse to having a motion of no confidence in the President being decided by secret ballot”.

“I am however‚ bound by the Constitution of the Rules that the (National Assembly) has adopted. Accordingly‚ I have no authority or discretion to accede to the applicant’s request.”

UDM leader Bantu Holomisa said the motion of no confidence in the president‚ which were this week postponed‚ was critical in light of the country’s economic and political crisis.

Two of the three ratings agencies have downgraded South Africa’s long-term foreign currency sovereign rating from investment grade to “junk” status since the reshuffle‚ he said.