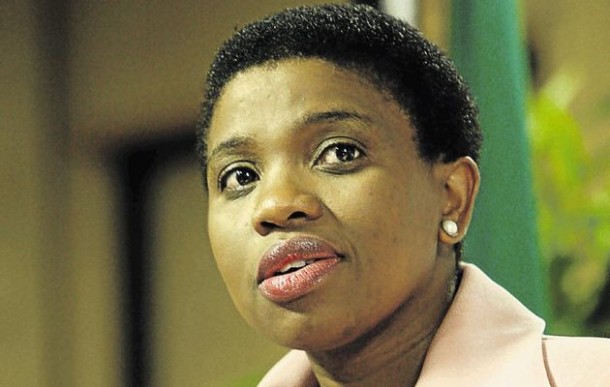 The suspensions will remain in effect‚ pending an enquiry into their fitness to hold office.

“The President’s decision follows the recent judgement of the North Gauteng High Court in the matter of the General Council of Bar of South Africa vs Nomgcobo Jiba‚ Lawrence Sithembiso Mrwebi and Sibongile Mzinyathi in which the court ordered that the names of the two advocates be removed from the roll of advocates‚” said a statement by the Presidency.

“The President has requested the two Advocates to provide him with reasons as to why they cannot be suspended pending the outcome of the enquiry into their fitness to hold office. After hearing the two Advocates‚ the President will then take a decision whether or not to suspend them.”

In September‚ Judge Francis Legodi ruled in favour of the General Council of the Bar’s application to the High Court in Pretoria that Jiba and her colleague‚ Commercial Crimes Unit head Lawrence Mrwebi‚ were not fit and proper to be members of the Bar.

To remain in their present posts‚ both Jiba and Mrwebi must “possess legal qualifications that would entitle him or her to practise in all courts in the republic” — in other words‚ be either an advocate or an attorney‚ according to the NPA Act.

The embattled deputy national director of public prosecutions has been fending off calls for her to be removed from her post after she was scathingly rebuked in a number of court judgments.

While the judicial criticisms had been made in three court cases‚ the High Court in Pretoria’s decision to strike Jiba and Mrwebi off the roll was due to one of the cases‚ related to the decision to drop criminal charges against former crime intelligence head Richard Mdluli. The court said Jiba and Mrwebi had been determined to let Mdluli off the hook‚ despite a prima facie case and in the face of contrary legal advice.