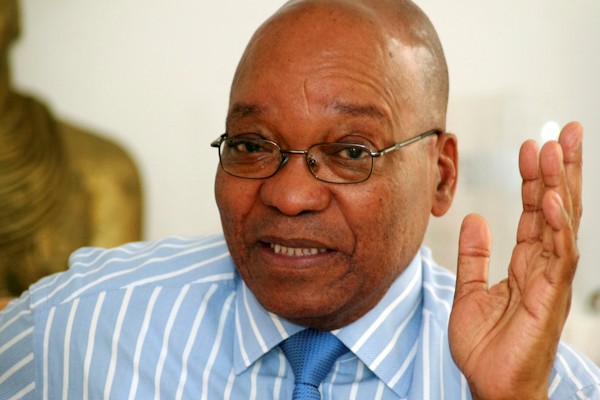 A list proposing wholesale changes to President Jacob Zuma’s cabinet has rocked the government and ANC, soliciting condemnation and concern.

“That is not how the government operates. The president would not reshuffle like that. These are people playing games,” she said.

Zulu said the circulation of the list was meant to destabilise the government.

Those who leaked the list had claimed that it would be discussed at the party’s NEC meeting over the weekend.

“There is nothing like that. We have been saying that it is the prerogative of the president to reshuffle [his cabinet] and it has never happened that the NEC discusses reshuffle,” he said.

“So it tells you [that] there are information peddlers who want to create instability in government and jump to say the president is going to reshuffle [the cabinet], just to put pressure on him not to do that.”

Communications Minister Faith Muthambi, according to the list, is to be moved to public works and be replaced by Public Service and Administration Deputy Minister Ayanda Dlodlo.

Mineral Resources Minister Mosebenzi Zwane is to be moved to water and sanitation.

Zulu is proposed as the new mineral resources minister with ANC MP and NEC member Pule Mabe as her deputy.

The Presidency had to release a statement yesterday and distance itself from the cabinet reshuffle rumours.

“The list is unknown to President Jacob Zuma. It is clearly the work of mischievous people who want to sow confusion and uncertainty,” the Presidency said.

“President Zuma strongly condemns this malicious dissemination of untruthful information by people who do not have the interests of the country at heart.”

One NEC member, who spoke on condition of anonymity, said: “The list doesn’t make sense. For example, Edna [Molewa] is doing well at the environmental affairs department. Why would you drop Nomvula [Mokonyane]? She is a member of the national working committee.”

Another NEC member said he saw the list and it was a plot to sow disunity within the ruling party. ANC secretary-general Gwede Mantashe dismissed it, saying it was not from the party.

“You would know that reshuffles are never an item in NEC meetings. What am I going to say about the list that is circulating on social media? It’s not from the ANC,” Mantashe said.