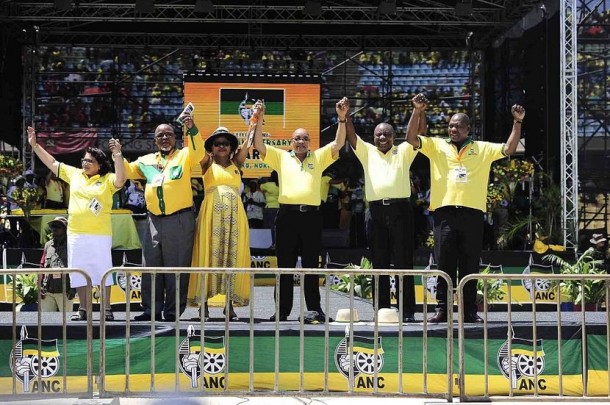 President Jacob Zuma has apologised on behalf of the party’s top six officials who he says together with him handled the recent cabinet reshuffle in a chaotic manner.

This is according to ANC leaders who attended the extended ANC national working committee (NWC) meeting on Tuesday, told Sowetan Zuma apologised on behalf of the officials, and admitted that together they did not handle the matter properly.

The three officials felt Zuma did not consult them before he completed the list of his new ministers. Two sources who attended the NWC meeting on Tuesday said Zuma confirmed he spoke to the party’s top officials about his reshuffle, though some disagreed with him.

The party’s meeting which took most of the day on Monday seemed to have watered down the crisis that had been caused by the cabinet reshuffle.

However, the focus now shifts to the ANC parliamentary caucus to see if it will back Zuma and his new cabinet.

Yesterday, Mantashe, following Tuesday’s meeting, admitted the extended NWC did not come out united behind Zuma.

“The integrity commission is set to meet Zuma on April 9 before forwarding a recommendation to the ANC national executive about his future.”