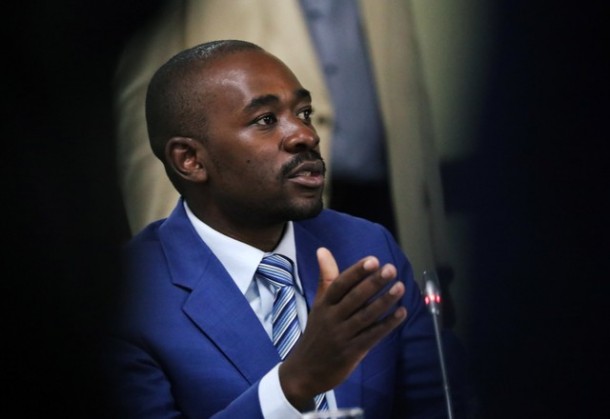 Nelson Chamisa‚ the president of the Movement for Democratic Change (MDC) in Zimbabwe‚ said an ongoing crackdown by security forces was meant “to cripple” the country’s largest opposition party.

At least 43 party officials are in hiding and five MPs are in prison since a crackdown by security forces on protests began a fortnight ago‚ sparked by a 150% fuel price hike.

At a media briefing at the party’s headquarters in Harare on Tuesday‚ Chamisa said he would approach regional and international communities for help.

“We are escalating this matter to regional bodies. My worry is that I have previously engaged them and have not received any response.

“I don’t how many dead bodies and how much blood must flow on the streets of Harare first‚ before we see the intervention of regional bodies‚” said Chamisa.

Rights groups say that the military is at the heart of the current crackdown which so far has left 12 people dead‚ 78 injured from gunshot wounds and nearly 1‚000 violations recorded.

There have been widespread media reports linking security forces to the rape of women in different parts of the country.

Monica Mutsvangwa‚ the information minister‚ said in a statement that rape was a heinous crime‚ with police duty bound to investigate all reported cases.

“However‚ to date‚ only one case of rape has been reported‚ in Chitungwiza‚ and the police are seized with investigations on the matter. Government does not condone and will never tolerate criminal behaviour by any member of society‚ particularly those in positions of trust‚” she said.

“Government wishes to underscore that it is critical for rape cases to be reported in a timely manner to the police. While reporting cases to NGOs for counselling services is helpful‚ the police can only act if victims come forward. The government urges the NGOs to encourage and support women who approach them to report the cases to the police’s victim-friendly unit.”

Chamisa put the blame on President Emmerson Mnangagwa for “the anarchy” and said his party had no links to the three-day stayaway called for by the Zimbabwe Congress of Trade Unions.

“It was not the MDC that called for either the stayaway or the protests‚ we don’t believe in violence. Clearly being in the MDC is being criminalised. This has nothing to do with the stayaway. It has all to do with a vindictive agenda‚ to terrorise citizens and victimise them by subjecting them to fear‚” he said.

The escalation of tensions between Mnangagwa’s government and the MDC appears likely to scupper any chances of dialogue.

Chamisa said he had written five letters to Mnangagwa‚ to which the 76-year-old Zimbabwean leader had not responded.

“There has not been dialogue‚ there has only been violence. We need dialogue of political players and all stakeholders of Zimbabwe. I have sent people to Mnangagwa to say that we need to talk‚ but there has been no response‚” Chamisa said.