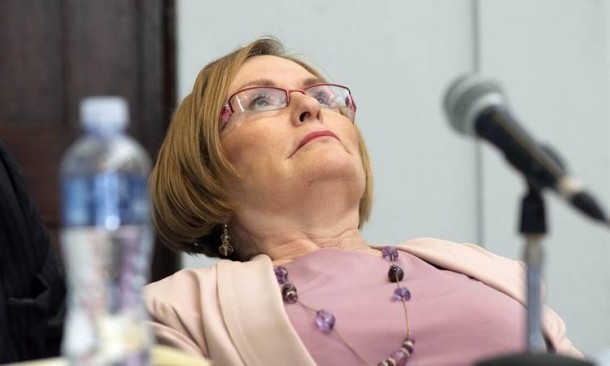 This after Mpofu lashed out at Zille after an interview on eNCA in which she denied being a “right-winger”.

The DA’s newly elected federal council chair said she was “hiding Umkhonto we Sizwe operatives” in her house‚ while Mashaba “was making a fortune in business”.

“I’ve been with the party since the progressives many many‚ years ago‚ and Herman also remembers that when he was being a very‚ very successful businessman‚ and I take my hat off to him for being an entrepreneur and highly successful in days when there were huge obstacles in his path.

“But he will remember that while he was making a fortune in business‚ I was hiding Umkhonto we Sizwe operatives in my house and I was exposing the murder of Steve Biko‚ so I’m not sure who these right-wingers are who he’s referring to‚” said Zille.

The “right-winger” comment Zille was referring to related to Mashaba’s allegations that the DA was being “hijacked” by a “far right-wing” organisation‚ the Institute of Race Relations (IRR).

On Twitter‚ Mpofu asked which planet Zille came from.

“Did Helen Zille really suggest that she suffered more under apartheid white minority rule than Herman Mashaba and black people like him??” Mpofu asked.