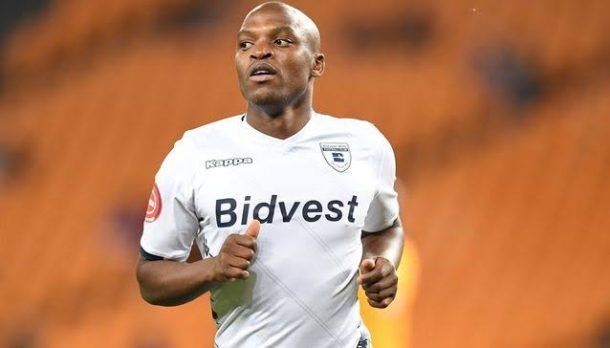 Wits striker Gift Motupa on link to Sundowns: “Every player would like to part of that team”

The prospect of working with coach Pitso Mosimane is so appealing to BidVest Wits striker Gift Motupa that he would not say no to a move to Mamelodi Sundowns.

Mosimane revealed a few days ago that he hopes to sign two players during this transfer window and Motupa‚ who is still contracted to Wits‚ appeared to put his hand up when he declared himself ready to make the switch from Gavin Hunt’s team to Chloorkop if the two clubs can come to an agreement.

“It’s a good thing (to be linked with Sundowns)‚ but I can’t talk about it‚” said Motupa.

But when pressed further Motupa opened up and said few players would turn their backs on the opportunity to play for the premiership champions.

“It’s because Mamelodi Sundowns compete in the Champions League each and every year and every player would like to have that experience and win more trophies.

“So every player would like to part of that team.

“Yes I’ve played before in the Caf competitions (with Bafana‚ Under 23s and Wits)‚ so I don’t think it would be a big problem (joining Sundowns).

“If you have the quality‚ then why not join the best?

“They haven’t approached me but what I know is that they have approached my team and I don’t know what happened there.”

Asked if he would accept an offer from Sundowns if one came his way‚ Motupa couldn’t resist the temptation to make it clear where the matter was at the moment.

“I’m happy where I am now but if my team agrees (to a Sundowns move)‚ then I will go.”

Motupa is not the only player linked to Sundowns.

SuperSport United striker Bradley Grobler has also been linked to the Brazilians and like Motupa‚ he has also left it to his club to decide whether they accept Sundowns’ offer or not.