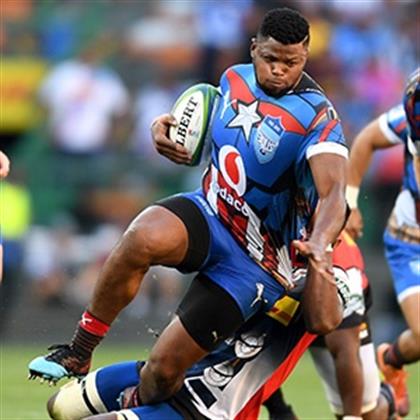 The Bulls are in the middle of one of their worst starts to a Super Rugby campaign‚ and coach Pote Human is under intense pressure to turn things around.

The Pretoria side has lost all four matches played so far this season‚ and their 24-39 defeat against the Jaguares at Loftus on Saturday means they remain rooted at the foot of the overall standings with only one point. They are in serious danger of emulating the class of 2002‚ who went the entire season without a win.

“We were bullied up front and I really thought we were outplayed physically‚” was Human’s frank assessment of his team after the Jaguares loss.

“At half-time I thought if the guys could switch on‚ maybe we would get back in the game.

“If you are not on par in Super Rugby this is what happens‚ especially against a team like the Jaguares because they will take every opportunity.

“We gave them soft penalties and that cost us in the end. I thought with the score at 24-14 at half-time‚ we were still in the game and we could come back. But unfortunately against the Jaguares‚ it is not that easy.”

Human said his mission at training this week is to keep the players motivated as they still have a lot of rugby to play this season.

“I will try to keep the players positive but our performances have not been good enough‚ not for the Bulls‚” he said. “I will have a hard look at myself first and then the players to see what we can do so we can rectify the mistakes. This is very‚ very disappointing.

“I am disappointed with everything because I think we lost five line-outs and that is just not good enough. The scrums did not go as planned and the defence gave them easy tries.”

It doesn’t get any easier for the former champions as they host the Highlanders on Saturday before they embark on their overseas tour to take on the Red and Waratahs in Australia and the Hurricanes and Chiefs in New Zealand.

With all the doom and gloom‚ there was at least some positive news with the announcement that veteran No 8 Duane Vermeulen would be returning to Loftus in June to be part of their Currie Cup campaign.