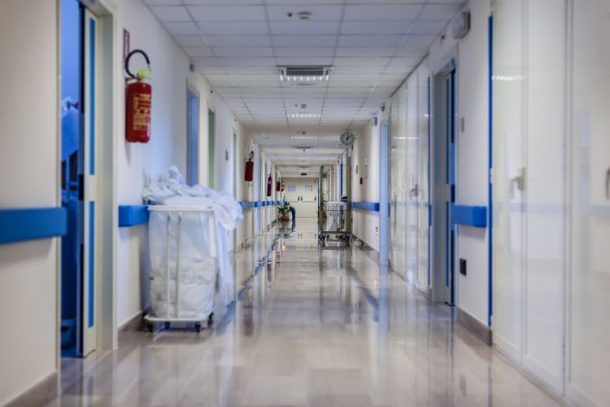 “I have always said that one day a doctor or nurses will be killed there.”

This is the chilling comment from a doctor at the Witbank General Hospital‚ where a patient was shot dead on Saturday.

The doctor‚ who is one of the few still tending to patients at the troubled hospital‚ where nurses citing safety concerns have downed tools‚ told TimesLIVE on Tuesday that he did not blame his colleagues for their fears.

“I have always said that one day a doctor or nurse will be killed there. There are lapses in the security and I have said that if they are not serious about security‚ one of the staff will die‚” said the doctor‚ who spoke on condition of anonymity.

He was speaking after a patient‚ who was admitted on Wednesday with gunshot wounds‚ was set upon by a gun-wielding man in the hospital corridors on Saturday. It was believed the same man who had shot him earlier in the week had returned to finish the job.

The doctor said the victim of Saturday’s shooting was a foreigner in his 30s.

“He had been shot about four times. He had one bullet wound in the face on his right cheek. He had two in the upper chest which had resulted in a fracture in the bones on the shoulder. He had another bullet wound in the right wrist‚” the doctor said.

The man had been scheduled for an operation on Sunday.

“At visiting hours on Saturday‚ someone walked in and shot at him. Two shots were in the head and one in the chest. The shooter then walked out and left the hospital.

“We tried to resuscitate the victim but failed‚” the doctor said.

“Everyone was quite shocked. Even some doctors said they could not work like that‚” said the doctor.

Since the shooting‚ there has been limited access to the hospital‚ and many of the nurses have abandoned their posts.

“On Saturday‚ we decided we would see only real emergencies‚ only critical cases‚ as the nurses are not on duty. A lot of patients have been transferred to other hospitals and many were discharged. Matrons are trying to help‚” the doctor said.

This was not the first time staff and patients had been exposed to danger at the hospital.

In June‚ TimesLIVE reported officials had announced they would be beefing up security after an incident in which a gun was involved.

Two men fighting at a tavern were taken to casualty for treatment‚ but became involved in a shootout at the hospital. A policeman intervened and no one was hurt.

Following interventions by the health department and hospital security‚ promises of improved safety measures were made.

“The only thing that was put in place was the gates‚” said the doctor.

“They made promises but there was nothing.”

Meanwhile‚ police are yet to arrest the weekend shooter.

The provincial health MEC was expected to visit the hospital again‚ where a meeting was due to be held with labour unions. The premier was also expected to join the meeting.

“People are positive about the premier’s visit but we are hoping something will happen. The union no longer wants to speak to the MEC‚” the doctor said.

Mpumalanga health department spokesperson Dumisani Malamule confirmed the hospital was operating on a skeleton staff. He said arrangements had been made with other hospitals‚ including Middelburg‚ to take high-priority cases.

“The MEC will be at the hospital this afternoon‚ meeting the premier and labour unions to discuss safety concerns‚” said Malamule.