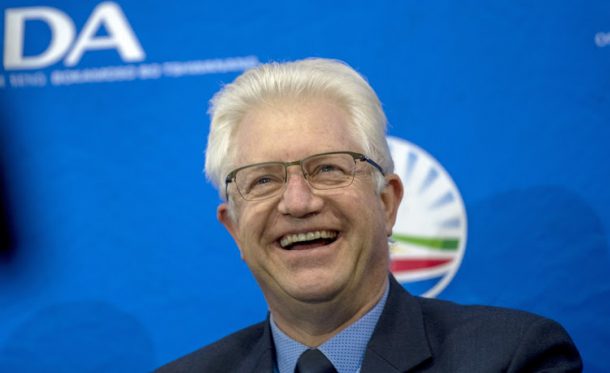 Winde ‘not interested’ in replacing Maimane‚ as he slams IRR

Western Cape premier Alan Winde has made it clear that he’s not interested in “running” for the job of DA national leader.

Speaking through his spokesperson Bianca Capazorio‚ Winde said he “has not and will not consider running” for the DA top job.

Capazorio also said Winde found it “regrettable” that an Institute of Race Relations analyst has used skin colour to punt him as a potential successor to DA leader Mmusi Maimane.

Breaking his silence on Wednesday‚ Winde said that he was focused on his job in government.

This comes following a political storm which erupted after IRR analyst Hermann Pretorius wrote an article in which he called on incumbent DA leader Mmusi Maimane to step down and be replaced by Winde.

In his column‚ published on Tuesday and motivating for Winde to take over from Maimane ‚ Pretorius resorted to race‚ stating that “the seed of the DA’s recovery has been planted by a white man in the Western Cape”.

“If the party has any bottle‚ any mettle‚ any fight left at all‚ it will see in the leadership of Alan Winde its future as the real party for all South Africans‚” he wrote.

Winde said on Wednesday he only became aware of Pretorius’s sentiments upon publication of his article.

“It must be noted that the IRR article is an opinion piece of the author‚ who is of course entitled to have and air his views. The piece first came to the knowledge of the premier upon its publication‚” his office said in a statement.

“Premier Winde is a loyal member of the DA‚ which is South Africa’s only non-racial party. It is therefore regrettable that race is being made an issue in this manner by the author. In fact‚ the DA prides itself on fair and critical processes to appoint its public representatives‚ based on fitness for purpose. It is on this premise that Winde became the Western Cape premier.

“Premier Winde is squarely focused on implementing the manifesto commitments made during the election‚ including the R1bn safety plan which he recently unveiled and which is aimed at improving safety in the Western Cape.”