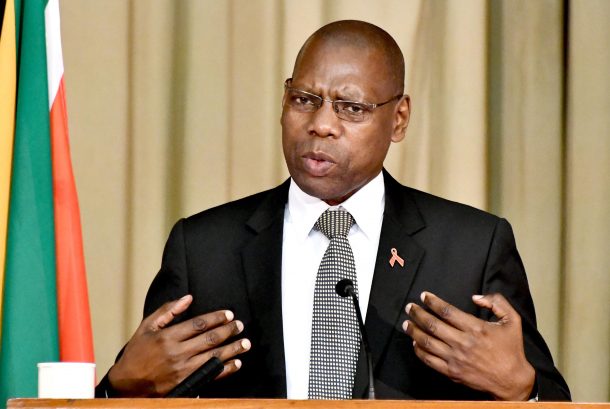 Will SA citizens be forced to get Covid-19 vaccine? Zweli Mkhize answers

The government will not force anyone to take the Covid-19 vaccine.

That was the message from health minister Zweli Mkhize‚ who briefed parliament’s portfolio committee on health on Thursday. Mkhize was grilled by committee members who wanted to know if taking the vaccine would be compulsory for all citizens.

Committee members also wanted to know whether citizens who objected to taking the vaccines on religious or moral grounds would be allowed to opt out.

The minister said those who wished to give the vaccine a pass were within their liberty to do so as was the case with other vaccines before.

However‚ Mkhize added‚ it was the government’s wish that all citizens took the shot.

“The vaccine will be voluntary but we try to urge as many [as possible to have] the vaccine‚” he said. “Vaccines are not mandatory‚ we just need the community to understand that taking the vaccine is for their benefit.

“So where there are issues that relate to moral‚ ethical or religious objections‚ we can deal with those at the time we meet those situations. The vaccines are going to be offered for the common good but they are not going to be mandatory to anyone.”

Mkhize also moved to assure those in doubt about the effectiveness of the Covid-19 vaccines. He said there was no reason to worry as vaccines had historically worked well against other illnesses such as polio and measles.

On who was going to carry most of the vaccine procurement costs‚ Mkhize said the fiscus would and the National Treasury was hard at work in this regard.

“The question of financing the acquisition of vaccines will be funded largely from the fiscus. But we have accepted that there will be support that will come from the private sector in terms of business and donors‚ as well as medical aids. However‚ the government will not rely on charitable sources because we have the fiscus to carry this‚” he said.

Committee members were not pleased that the government would not allow medical aid companies and provincial governments to acquire the vaccine independently.

Mkhize said government was not to blame: “Doing the procurement centrally is mainly because most of the manufacturing companies would rather deal with governments. Maybe in another few months they will be a bit more open‚ but for now we are doing central procurement which will cover the whole country.”

The DA and the EFF were scathing of Mkhize‚ accusing him of unnecessary secrecy and incompetence in his approach to the sourcing of vaccines.

Inadequate information was fuelling panic and uncertainty among ordinary South Africans‚ who were left with more questions than answers whenever the minister made a public address.

“Every time you are pressed about the specifics of the bilateral engagements‚ you like saying that ‘these are sensitive negotiations and we signed non-disclosure agreements and we cannot reveal some of this information’‚” charged Gwarube. “But in your own admission this is fuelling the anxiety we are seeing all over SA.”

EFF MP Naledi Chirwa accused Mkhize of failing to do his job.

“There is a consistent regression in the national department of health‚ who must account for that‚” she said.

“You come in and out with little information on ventilators and you ill-inform the Covid-19 council that they can lower the restrictions because health facilities are ready‚ only to find that health facilities have never been ready.

“Who accounts for the infrastructure shortcomings and the safety of health-care workers? Now as a country we are sitting without a vaccine because you have failed.”