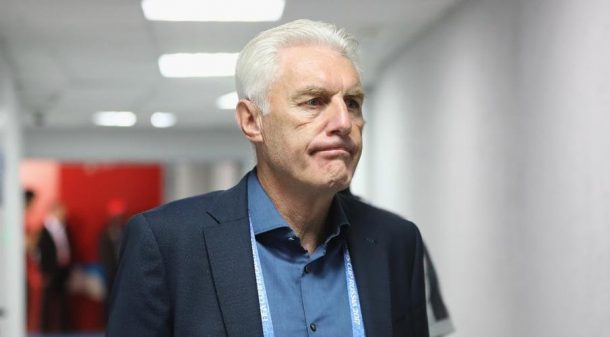 Starting on a clean slate can be an advantage for Hugo Broos‚ the new Bafana Bafana coach has said‚ while acknowledging he has a crash course to undergo on South African football before the national team’s World Cup qualifiers in September.

Broos‚ appointed last week and who arrived in SA on Monday night‚ was given some breathing space to that kickoff of the Qatar 2022 group stages when the Confederation of African Football postponed it from next month to September.

Bafana’s first two Group G games are against Zimbabwe away on September 1 to 4‚ then Ghana at home on September 5 to 8.

Broos told SABC Sport on Tuesday morning that he has a sense of Bafana from when he met them as coach of the Cameroon team that went on to win the tournament in the 2017 Africa Cup of Nations qualifiers. The Indomitable Lions drew twice against Shakes Mashaba’s South Africa‚ who did not qualify‚ in March 2016 – 2-2 in Limbe and 0-0 in Durban.

Broos added that coming into SA football on a clean slate also means he will not have favourites‚ and preconceived notions about certain players or clubs‚ as he goes about selecting the best possible team for the Qatar qualifiers.

“This is possible. But you know everything is about results. And if tomorrow there are no results you can say what you want‚ it’s finished‚” Broos‚ who has said he would like to inject youth and rebuild the national team after their failure to qualify for the 20212 Nations Cup‚ also admitted.

“So we need to know that – that it’s a nice project and whatever you want. But at the end‚ everybody needs results‚ including me.”

The 69-year-old Belgian said he will not have favourites when selecting his squads.

“I can make my choices. I don’t have to look to anybody‚” he said.

“When everybody knows you‚ and you know the players already‚ sometimes a choice is difficult to make. I’m clean‚ for the moment.

“So all the choices I have to make I will make because I don’t have to count on anyone‚ or whatever. And that can be an advantage for me.”

Broos arrives with an impressive CV‚ though his trophy-winning heyday at club level came in the 1990s when he won two league titles‚ two Belgian Cups and four Belgian Supercups coaching Club Brugge. He won another league trophy with Anderlecht in the 2000s.

Cameroon are the only other national team he has coached‚ where he won the 2017 Nations Cup with a vastly depleted young side missing eight frontline players.