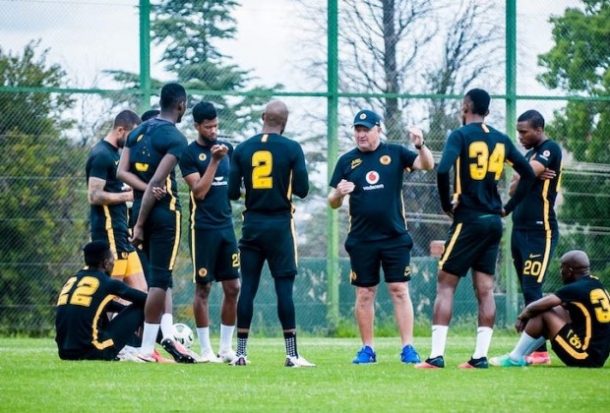 Kaizer Chiefs coach Gavin Hunt believes the slower‚ more methodical football in the Caf Champions League suits the players he has in his squad better than the somewhat helter-skelter nature of the DStv Premiership.

Following Saturday night’s dramatic 4-0 first leg Caf Champions League deconstruction of Simba SC‚ Hunt said he also believed Chiefs’ battles in the Premiership are at least part down to never having recovered properly from the psychological effects of losing the title on the final day in 2019-20.

In a remarkable turn of events‚ a Chiefs who have been woeful in the PSL labouring to two wins from 15 matches to be in 10th place with two games to go‚ and in danger than a lower finish than their two worst positions of ninth‚ are on the verge of being in the last four of Africa’s premier continental club competition.

“I think the Champions League is suited to this squad of players that we’ve got. It’s a much slower game‚ a much more predictable game‚ so it comes at you‚” Hunt said‚ battling somewhat to explain the anomaly.

“Where in the PSL‚ I’ve always said that the players run faster than the ball in the PSL. It’s much slower in the Champions League. So maybe it suits the group of players that we’ve got here‚ where it’s a little bit more methodical‚ a bit more direct.

“So‚ ja‚ that’s the only thing I can think of from a football perspective. But I don’t see … if we created similar chances in the PSL we haven’t score them‚ and sometimes they’ve been going in in the Champions League.”

Hunt in the first half of the season had played down the psychological affects of Chiefs’ final-day capitulation – drawing 1-1 against Baroka FC to let slip a title race they led all season to Mamelodi Sundowns under predecessor Ernst Middendorp – on Amakhosi in 2020-21. He appears to have re-evaluated that position.

“If I say what I’m going to say it’s going to sound like I’m making excuses. But what they came from last season‚ and then to have a two-and-a-half week break and then start again‚ when I came here I definitely saw a huge psychological problem‚” the coach said.

“Every time a goal went in in the first few games – well‚ this whole season – we seemed to just psychologically [react]‚ because of what had happened.

“Even the top sides – when you play Wydad Casablanca and Al Ahly‚ yes‚ they’re huge clubs‚ but they do the simple things well‚ where in the PSL you don’t know what to expect.

“But psychologically‚ yes. As I said‚ I’m not trying to make excuses for my own … where we are in the PSL.

“I think we’re the only team in the Champions League quarterfinals who are not top of their league. So it’s a huge thing.