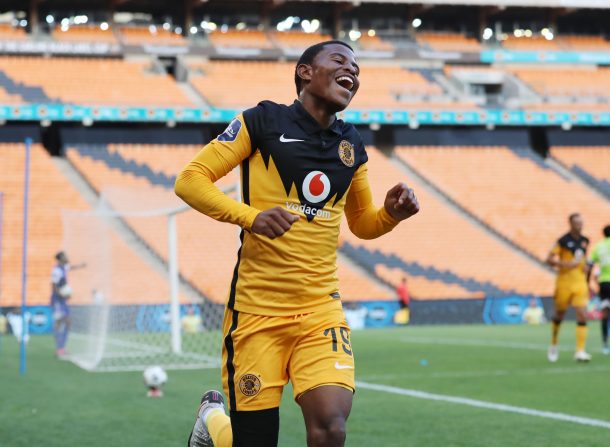 Happy Mashiane says he will not celebrate if he scores against Maritzburg United on Wednesday because their coach‚ Ernst Middendorp‚ gave the exciting attacker his debut in senior football.

It will be the Soweto giants’ third match-up this campaign against the coach who led them to second place last campaign. Chiefs and Maritzburg are at 1-1 – Amakhosi beat the Team of Choice 2-1 in the early-season MTN8‚ then Middendorp had a satisfactory return to FNB Stadium for a 2-0 league victory to the KwaZulu-Natal team in January.

Both teams need a win. Maritzburg‚ on the back of a victory and a draw‚ need points to continue clawing their way from second-last place and the relegation zone. Tenth-placed Chiefs need to start accumulating points in the league again to avoid potentially matching or ending below their worst two finishes of ninth place.

Mashiane (23) returned from injury to become Chiefs’ youngest player to score in the Caf Champions League in their 2-0 Group C win against Petro de Luanda at FNB Stadium on Saturday. He said he will not celebrate if he scores against the team of the coach who gave him his PSL and Chiefs debuts in the 2018-19 season.

“It’s just that we have to work and I have to respect‚ so that if maybe I do score I won’t celebrate because he’s one of the coaches who gave me the platform.

“We know that in the league they [United] won at out home here at FNB‚ so it won’t be easy. Because you know that at Harry Gwala most teams don’t get out of there with maximum points.”

Mashiane struck a classy second for Chiefs in the 79th minute against Petro‚ scything through the middle and finishing low past goalkeeper Signori Antonio.

“Coming back from injury wasn’t that easy. I had to work hard to be in the starting line-up again and I was fortunate enough to score a goal‚” the SA Under-20 and U-23 international‚ who has had his share of injuries in the gruelling‚ Covid-19-impacted season‚ said.

“And apparently I’m the youngest player to score in the Champions League [for Chiefs].

“I’m working on being consistent and trying to prevent my injuries. Most of the time I get lucky because they are minor injuries. So I pull put on time so that I don’t strain too much.”

Battling Chiefs are looking to reverse a run of six matches without a win in the league.