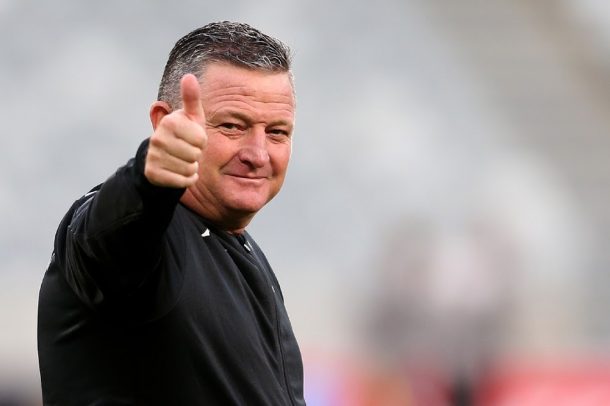 Bidvest Wits coach Gavin Hunt says he agrees with Premier Soccer League (PSL) chairman Irvin Khoza that the season needs to get back on track sooner rather than later.

Hunt said Wits returned to training last week in upbeat mood despite the confirmation of the sale of the club. He said the players might see the completion of the season as an opportunity to go out with a bang‚ perhaps even winning one last trophy for the 99-year-old team.

Wits are in the Nedbank Cup semifinals‚ and even in with an outside chance still of the Absa Premiership title in sixth place‚ 10 points behind leaders Kaizer Chiefs but with a game in hand.

On Monday Khoza said in a press conference that while Fifa‚ due to the effects of the coronavirus‚ allows seasons to go past August 31 as a 2019-20 cut-off date‚ the PSL has maintained that deadline as a financial necessity.

“We’re still right there in the league. Anything can happen in this period. And with the strange circumstances you’ll see some strange results‚” Hunt told TimesLIVE on Tuesday.

“We know the situation with that. We’re not ready to play‚ but we have to play. And the sooner that it’s done‚ and the sooner we can have a break and get everything formalised again the better.

“I’ve been pushing for the start of the season for weeks now‚ even without much preparation. Listen‚ the young boys – people are over-reacting. People are looking at the science too much.

“They’re young boys. If their minds are right‚ they can do it. Attitude counts for more than science. I’ll bet attitude against science any day.”

Some coaches have cautioned against a return too soon from an unprecedented four-month break from the suspension of football on March 16. Normally an off-season break sees players home for a month to six weeks‚ and the period without playing is about three months.

The PSL’s players have been able to train at home in the early stages of the lockdown‚ and individually on the street later.

Hunt said he has brought in several young players from Wits’ MultiChoice Diski Challenge (MDC) reserve team who might be needed should the league resume soon in a bio-safe bubble‚ and the matches come thick and fast to complete the season.

“It’s to help us with numbers‚ because we’re going to need numbers‚” Wits’ coach said.

“Because we’ve got more league games than everyone plus we’re in the cup. And every week that goes by that gets closer to the end of August is going to affect us more. We’re going to play every two or three days.

“So we’ve brought in some of the kids. The sad part about it is that these kids‚ they’re all going to go where they’re going to go [after Wits are sold]‚ but there are four or five excellent players I was going to bring in.

“Our Diski team are top of the league. It’s just a pity that we’re not going to be around together.”

Rowan Human‚ Deon Horn‚ Keenan Phillips and Cuwen Prince are among young players from the MDC team Hunt said he might turn to should he need fresh legs in the coming matches.