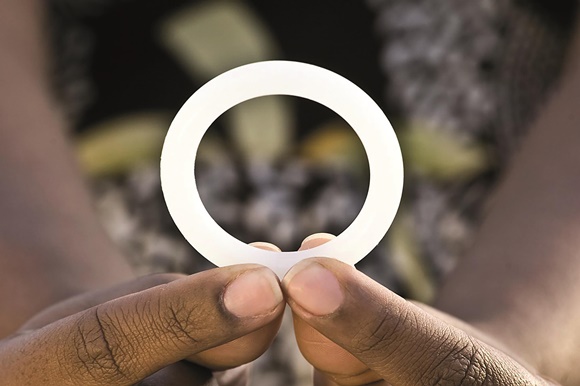 WHO backing boosts new vaginal ring that protects against HIV

Access to a long-acting vaginal ring‚ which was tested in SA‚ is a step closer after the World Health Organisation gave it the seal of approval.

The ring’s developers‚ the International Partnership for Microbicides (IPM)‚ said its addition to the WHO list of pre-qualified medicines will guide national and global procurement decisions‚ pending each country’s regulatory approvals.

The ring received the thumbs up in July from one of the influential regulatory bodies‚ the European Medicines Agency.

The silicone ring releases the antiretroviral drug dapivirine for a month and reduces HIV infection by 35%. Its safety has been impressive in all clinical trials to date.

Prof Linda-Gail Bekker‚ deputy director of the Desmond Tutu HIV Centre and a principal South African investigator of The Ring study‚ said getting the prequalification status is good news for countries such as SA where many women are vulnerable to HIV infection.

“It takes us another step towards access. It means that the WHO has reviewed the data and approved it‚ making the way possible for in-country regulators to do the same. The WHO can also now write the use of the dapivirine ring into guidelines‚” said Bekker.

Dr Sinéad Delany-Moretlwe‚ director of research at the Wits Reproductive Health and HIV Institute‚ said the WHO approval will expedite procurement of the ring.

WHO prequalification aims to ensure that diagnostics‚ medicines‚ vaccines and medical devices for high-burden diseases meet global standards of quality and safety.

Rosenberg said the monthly vaginal ring‚ which is used as a pre-exposure prophylaxis (PrEP)‚ could “help fill an important gap with a long-acting product that a woman controls and could use discreetly to reduce her HIV risk during vaginal sex”.

Women insert the product and replace it every month. Made of flexible silicone‚ the ring slowly releases dapivirine in the vagina‚ with minimal absorption elsewhere in the body.

“Expanding women’s options so that they can choose the method that best meets their individual needs — whether systemic or non-systemic‚ long-acting‚ daily or on-demand — is essential to controlling the HIV/Aids epidemic‚” said Rosenberg.

“IPM will initially seek approvals for the ring’s use in eastern and Southern Africa where the need is urgent.”