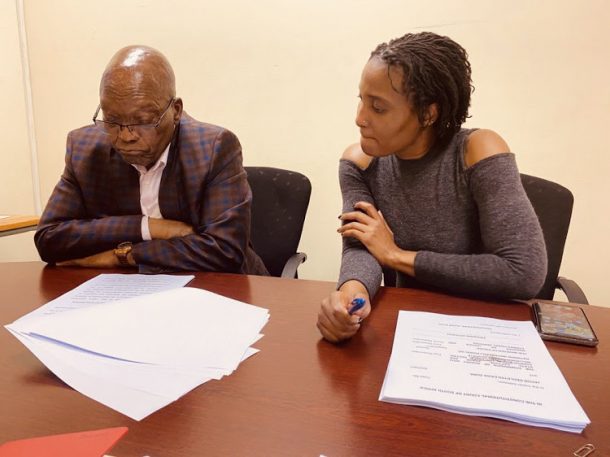 What you said: Action should be taken against Duduzile Zuma-Sambudla & others over unrest

As SA counts the cost of a week of violent protests and destruction‚ many have called for the daughter of former president Jacob Zuma‚ Duduzile Zuma-Sambudla‚ and others to be held responsible for their social media posts amid the unrest.

Ninety-one percent of TimesLIVE readers who participated in a poll asking if action should be taken against Zuma-Sambudla agreed‚ saying they used social media to incite violence.

She and others have no control over the actions of protesters‚ said 6%‚ while 3% dismissed them as attention seekers.

The wave of protests started last week in KwaZulu-Natal after the arrest of the former president.

Supporters demanded his release from the Estcourt Correctional Centre‚ where he is serving a 15-month sentence for contempt of court. The protests later spread to Gauteng.

Zuma-Sambudla and several others have shared images of violent #FreeZuma protests and slammed President Cyril Ramaphosa’s decision to involve the military.

Zuma-Sambudla is expected to account to the ruling party for her tweets on Monday.

ANC deputy secretary-general‚ Jessie Duarte‚ said this week that Zuma-Sambudla was one of five ANC members who would be called upon to explain their social media posts‚ which have been interpreted by some as incitement of violence.

eThekwini mayor Mxolisi Kunda said the damage to property in the city amounts to R15bn. Kaunda said 5‚000 informal traders are unable to do business in the inner city.

Acting minister in the presidency Khumbudzo Ntshavheni told a media briefing on Thursday that SAPS had apprehended one of 12 instigators of violence. The minister said police are tracking the rest.