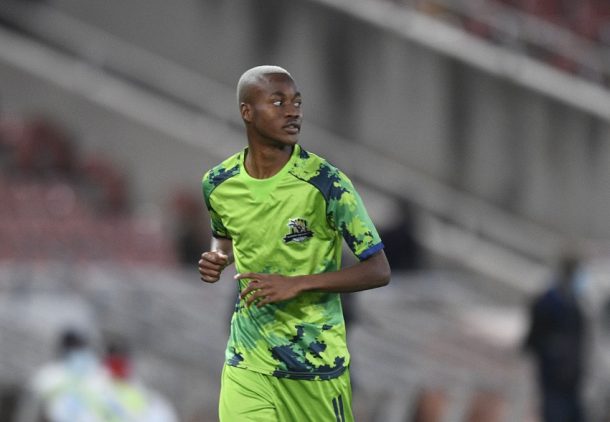 Marumo Gallants caretaker coach Raymond Mdaka has bemoaned a “bad game” during their 4-0 capitulation against a visiting Mamelodi Sundowns in Polokwane on Sunday and said his players must learn from their mistakes if they are to pull themselves out of a hole.

Though they conceded an early goal against the rampant defending DStv Premiership champions‚ the Limpopo club put up a gallant performance until they fell apart late in the match and conceded three late goals at the Peter Mokaba Stadium.

“What a bad game to be honest‚” said Mdaka‚ who was appointed as a stop-gap last month after the dismissal of French coach Sebastien Migne for reportedly swearing at Gallants technical director Harris Choeu.

“We started well and we managed to close them down and we conceded an early goal. We worked it out in the second half and came back and started playing.

“But we gave away a lot of balls and were punished from those balls that we lost and it demoralised the whole team.

“Towards the end of the game‚ honestly‚ we even lost our structure‚ but this is something we have to learn from and see how best can we deal with it going forward.”

Gallants tried to play a low defensive block against the free-scoring star-studded Sundowns until their defences fell apart late in the match‚ as articulated by Mdaka’s counterpart Manqoba Mngqithi.

“When we scored the first goal then we knew that maybe they might start to get desperate and open up a little bit and indeed that is what happened.

“In the second half they came with a high press and initially we struggled with our build-up schemes up until we used [left-footed centre-back] Mosa Lebusa in a more double-wide with [left-back] Divine Lunga and [left winger] Neo Maema in that space. Then they struggled to deal with the overload‚ which opened them up a little bit and that is why on the left we opened bigger holes and that is where probably most of our goals came from‚” said Mngqithi.

Gallants are rock bottom of the Premiership table on just four points from nine matches‚ and perhaps more worryingly‚ have scored only three goals.

They will have an opportunity to move off the foot of the table when they travel to Atteridgeville to face third-placed SuperSport United after the Fifa international break on November 20‚ while Sundowns will also be on the road away to Cape Town City on the same day.

The match was the last round of Premiership action before players assemble for the national team for Bafana Bafana’s crucial final two qualifiers for the 2022 Qatar Fifa World Cup against Zimbabwe at home and Ghana away this week.