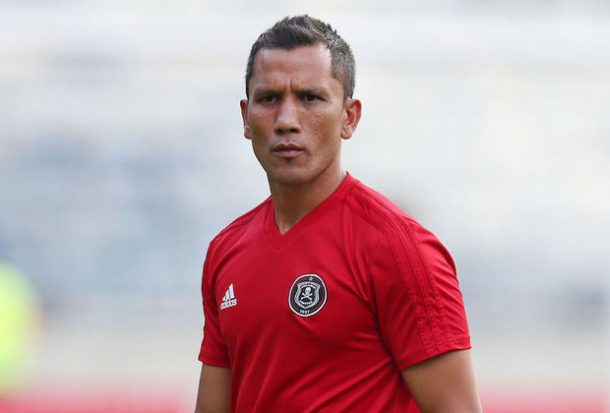 This might be a surprising statement‚ even to Chiefs fans.

Amakhosi have had a nervy fortnight in which cracks appeared to show as a 2-1 home league defeat against Maritzburg United saw Chiefs’ PSL lead slashed to four points‚ and then they were booted out of the Nedbank Cup 5-4 on penalties by Highlands Park at a Makhulong Stadium on Saturday.

Chiefs coach Ernst Middendorp admitted that going out in the Nedbank last-16 ramps up the significance of the derby for a team trying to reverse four seasons without a trophy in their 50th anniversary campaign against a third-placed Bucs who have won seven games and drawn one in eight under new coach Josef Zinnbauer.

Davids‚ though‚ said Chiefs’ form has been more consistent over the course of the season.

“I think you have to zoom out and look at the bigger picture. Chiefs are actually the in-form team‚” said Bucs’ assistant‚ who also once filled that role under Middendorp at Bloemfontein Celtic and Maritzburg.

“They lost one game now in the league. Before that their last [league] defeat was against SuperSport. And‚ you know‚ they have been pretty much consistent through the season – hence their position.

“The other thing is‚ do you really read into form when it comes to a derby like this? I don’t think so.

“Their coach is experienced enough to be calm this week. I think his players will pick up.

“I know him quite well – he’ll be calm‚ and he will coach the game as a normal game‚ not heeding too much to what is said outside.

“We have to be at our best to get the three points. And that is what it’s about.

“We are not for one second going into the game underestimating Kaizer Chiefs because they lost in the cup on penalties. No ways.

“We know they are a team on top of the log and we are a team finding form now late in the season.”

There have been two official derbies this season‚ both won by Chiefs.

Amakhosi beat Pirates on penalties in the Telkom Knockout quarterfinals at Moses Mabhida Stadium on November 2‚ and a week later (November 9) 3-2 in the league at FNB Stadium.