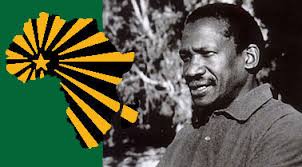 We are not entirely pleased, says PAC

The Pan African Congress says they would like to see the government take more initiative by compensating the families of the party’s political prisoners that were hanged by the apartheid government.

The remains of 14 PAC military wing members were handed over to their families during a ceremony in Mthatha, Eastern Cape, over the weekend. They were hanged by the apartheid-regime between 1960 and 1990, at Kgosi Mampuru Correctional Centre in Pretoria, and buried under unmarked graves. The party says although it is pleased with the handing over of the remains, the process has taken longer than it was supposed to, “The PAC would like to express its content and happiness over what happened this weekend…But we’re are not wholeheartedly content with all the efforts that were taken because it has taken so many years to retrieve the bodies of the soldiers”, said spokesperson Kenneth Mokgathle.

“We would like to see government taking care of these families, despite the fact that they are coming from an opposition party. They are not only the heroes and combatants of the PAC…they are veterans and martyrs of South Africa, if not the entire continent”. Mokgathle says, however, that the slain members’ efforts in liberating the country were in vain.

Mokgathle says they will continue working with government to retrieve more bodies.

“We are going to co-operate with the justice minister…the families of members whose remains have not yet been retrieved also need closure. The PAC is the only party which suffered more than any other liberation movement”

He says the party is looking into having formal discussions with foreign governments where members have also been buried, including Tanzania and Zimbabwe.

Mokgathle says the ANC government seems to have dragged its feet when having to address PAC matters. The remains of ANC stalwarts JB Marks and Moses Kotane  were repatriated back to South Africa in 2015 after they died in Russia, in the 70s. “It will seem that they may have been a political agenda, but we do not want to accuse them”, he said.