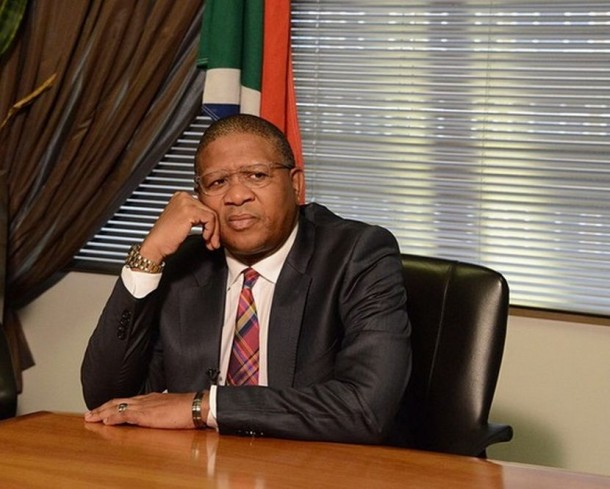 ‘We are going to be rough’: police minister

Fervent as ever‚ new police minister Fikile Mbalula is not about to tone down his tough attitude towards criminals and lawlessness‚ saying police will not only be merciless but also rough.

He raised eyebrows and drew criticism with the stern warning to violent protesters during his welcoming parade in Pretoria this week‚ saying people must be educated as he did not want another Marikana.

On Thursday‚ he made it was clear he isn’t backing down. “Our generic statement at the welcoming parade still stands in relation to our attitude to criminals and our attitude generally in terms of fighting crime‚” he said.

Speaking in Pretoria on the sidelines of his back-to-back introductory meetings with police and Independent Police Investigative Directorate(IPID) management as well as unions at the police headquarters‚ Mbalula said his ministry was not about to undo what was working‚ but do away with what was not working.

He said he wanted to be unambiguous on his attitude to crime‚ urging society to also shape up its attitude and make up its mind about criminals as it was society that harboured criminals and bought stolen goods to sustain and maintain crime.

“So we are going to need society to come on board. We are going to be merciless to those [who] think that using guns terrorising society is their terrain and domain. We must respond to that‚ and adequately in the context of the law.”

The minister said topping his list of priorities was bringing stability and order in the police top leadership as well as rooting out corruption.

He also plans to defuse simmering tensions between the police watchdog IPID and the police‚ saying there was no time for petty disputes.

“IPID must do what it is supposed to do in terms of the Constitution and we must not entertain petty issues so we need to get those issues out of the way… I know that between the IPID and the police there is always this contradiction but we need to characterise and understand that‚” he said.

The minister said the first 100 days in office were the most critical and that he intends wasting not a single day.

His said the first five days in office were used to get detailed account from the top management on the work done by police‚ concerns that immediately confront society and the state of crime in SA.