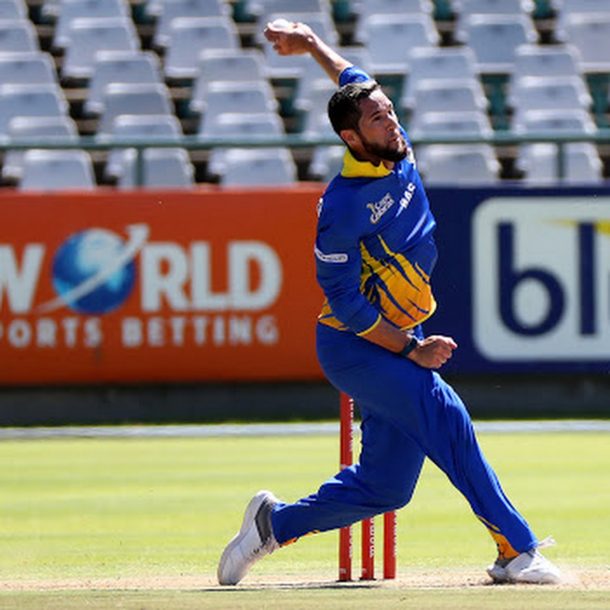 Wayne Parnell will lead a Western Province squad blended with youth and experience as they target a strong start to the 2021/2022 season when Pool A in the Cricket SA (CSA) T20 Knock Out competition begins at the Kimberley Diamond Oval on Friday.

Parnell will be able to call on the likes of Proteas left-arm bowler Beuran Hendricks‚ experienced campaigner Basheer Walters and exciting talents Nandre Burger and Tshepo Moreki in the bowling department‚ while there’s an opportunity for Western Province rookie Mihlali Mpongwana to establish himself in Faiek Davids’ line-up.

Spinners Kyle Simmonds‚ Western Province pipeline talent Yves Kamanzi and the experienced stalwart Aviwe Mgijima will provide spin options‚ while another pipeline player‚ Jordan Woolf gets his first opportunity to display his vast talent with his first call-up to the professional squad.

Alongside himself‚ Parnell will be looking to the likes of Zubayr Hamza‚ Tony de Zorzi‚ Kyle Verreynne and Jonathan Bird to provide a strong showing at the top of the order‚ while former SA U19 captain Daniel Smith is called up to the professional team for his maiden tournament and will also serve as backup wicketkeeper to Verreynne.

Batsman David Bedingham is completing his season with Durham in the County Championship and will only be available in October‚ while Yaseen Vallie is the only player to miss out due to an injury picked up in a recent training session.

Vallie will be available for the playoffs should the team progress from the Pool stages.

“It’s an exciting squad‚ one which I’m confident will wear the Western Province badge with pride and give it their all out there as we go in search of the first silverware of the season.

“We’ve always prided ourselves on our pipeline here and the likes of Daniel Smith‚ Jordan Woolf and Yves Kamanzi begin their journey to experiencing the rigours of professional cricket‚ but we have the right guys in place to guide them in this squad to allow them to express their respective natural talent‚” commented acting head coach Davids on arrival in the biosecure environment in Kimberley.

Joining Davids in the coaching department is Western Province legend Rory Kleinveldt who has been appointed interim assistant coach.

“We wish coach Faiek‚ his management team‚ captain Parnell and the entire squad everything of the best in this opening tournament of the new era of SA cricket.

The squad kick off their CSA T20 Knock Out campaign against the Lions on Friday (10:00)‚ then it’s the Western Cape derby as they take on South Western Districts on Saturday (10:00) and will conclude their pool matches against Northern Cape Heat on Sunday (14:30).

All matches will be live on SuperSport Cricket (212)‚ with commentary available in English‚ Afrikaans and for the first time‚ Xhosa.