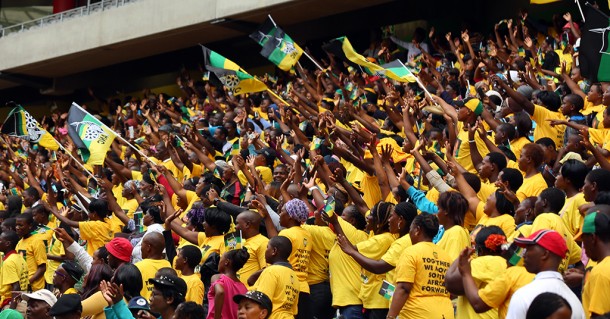 Voting under way at ANC conference

Voting was well under way at the ANC national conference on Monday morning as thousands of delegates cast their ballot to elect new leadership.

The ANC’s 54th national conference marks the end of President Jacob Zuma’s tenure as head of the party.

Polling finally kicked off around midnight after protracted delays‚ caused by disputes over delegate accreditation and the voting process. The winning candidates are expected to be announced on Monday afternoon.

The conference started on Saturday but the programme only kicked into full gear on Sunday afternoon.

Around 4‚700 delegates from nine provinces were due to cast their vote.

By 6am only four provinces were still left to make their mark: Eastern Cape‚ Gauteng‚ Limpopo and KwaZulu-Natal.

On Sunday evening the formal nomination process revealed the candidates for the top six positions.

Despite several names being suggested as presidential hopefuls‚ in the end only Deputy President Cyril Ramaphosa and former African Union chairperson Nkosazana Dlamini-Zuma remained in the running when the official nominations process began shortly after 6pm on Sunday night.

The rest of the nominations are as follows: