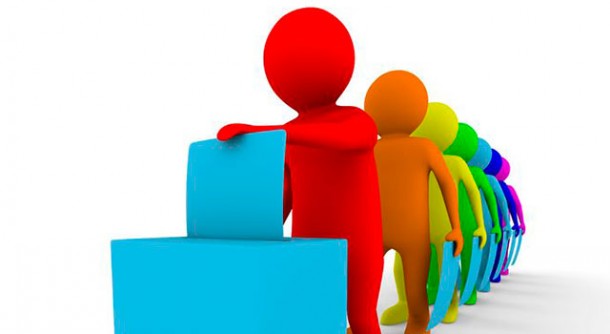 Voters to be jailed for photos of ballot papers

Voters who take photographs of their ballot papers on election day will face a year in prison or fines yet to be determined.

The Independent Electoral Commission (IEC) is considering banning the taking of photographs of marked ballot papers on election day and when special votes are cast.

According to the new municipal electoral regulations, voters photographing their marked ballot papers will be jailed for a period not longer than a year or fined an unspecified amount.

The proposed amendments, published by the IEC last week, also make provision for applications for special votes to be made online and through SMSes.

The IEC believes taking selfies increases the risk of the secrecy of the vote being undermined.

The IEC’s Kate Bapela said its commissioners were still discussing the amounts to be issued as fines.

Individuals and political parties found contravening the electoral code of conduct face fines not exceeding R200000, according to the electoral regulations.

Cooperative Governance and Traditional Affairs Minister Des van Rooyen is expected to publish the August 3 election date in the Government Gazette next month. Bapela said voters would be allowed to use the government’s new smart card identity document at the polls.

Earlier this month, the IEC announced that nearly 26.3million people were registered for the August 3 local government elections.

This year’s elections look set to be highly contested and the commission has budgeted R1.5-billion to ensure they are successful.

During the 2014 general elections, the IEC warned voters to refrain from taking and publishing photographs revealing the political party they choose on ballot papers.

The IEC only allows voters to take photographs of themselves outside the voting station and their inked thumbs to show their participation in the poll.

In 2014, radio personality DJ Sbu posted photographs of his marked ballot papers publicly indicating that he voted for the ANC.

“Do not interfere with a voter’s right to secrecy when he or she is voting . It is illegal to reveal how you or someone else has voted, which could happen with a selfie,” the IEC warns.