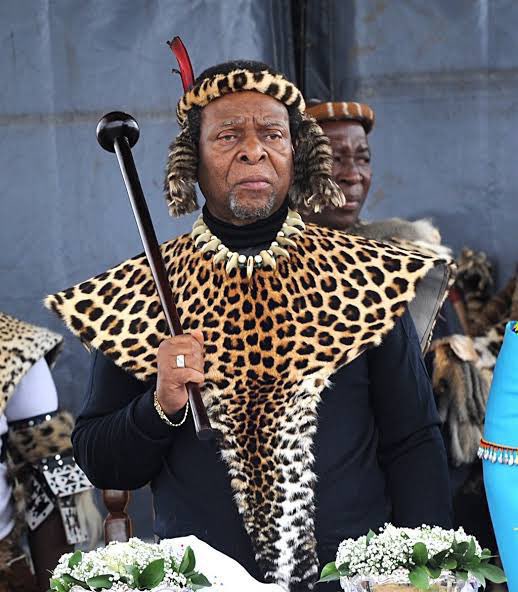 Covid-19 regulations will not deprive thousands wishing to pay their last respects to King Goodwill Zwelithini‚ despite lockdown level 1 restrictions which allow only 100 people to attend his funeral.

The government on Tuesday announced an electronic condolences book for use by anyone “who would like to send a message of condolence to the royal family‚ the Zulu nation and the people of KwaZulu-Natal and beyond”.

This will form part of drastic changes to ways of paying last respects‚ with virtual goodbyes for the king set to accommodate those who cannot attend in person as a normal send-off was suspended due to the pandemic.

“The burial will be a private royal family service‚ the official memorial service will take place at the KwaKhethaomthandayo royal palace in Nongoma on Thursday from 10am‚” said cabinet spokesperson Phumla Williams.

“The memorial service will be broadcast live on the SABC and other major broadcast channels.

Last week the traditional prime minister to the Zulu nation‚ Prince Mangosuthu Buthelezi‚ discouraged mourners from physically visiting the Zulu royal palaces in Nongoma to extend their condolences to the family.

“We are faced with the reality that SA and the world remain within the grip of a deadly pandemic. The national regulations which are in place‚ restricting the number of people who may gather‚ cannot be contravened‚ even in a time of extraordinary distress.

“I therefore appeal‚ on behalf of the family‚ for mourners not to travel to Nongoma to pay their respects. It is vital we avoid crowds gathering at this time as this would place lives in jeopardy‚” he said.

A decision for the king to lie in state was overturned by the royal family due to fears people would gather in numbers to view the king’s body and pose a health risk.

He will be buried in a private funeral on Wednesday night attended by a select group of men from the Zulu royal house.