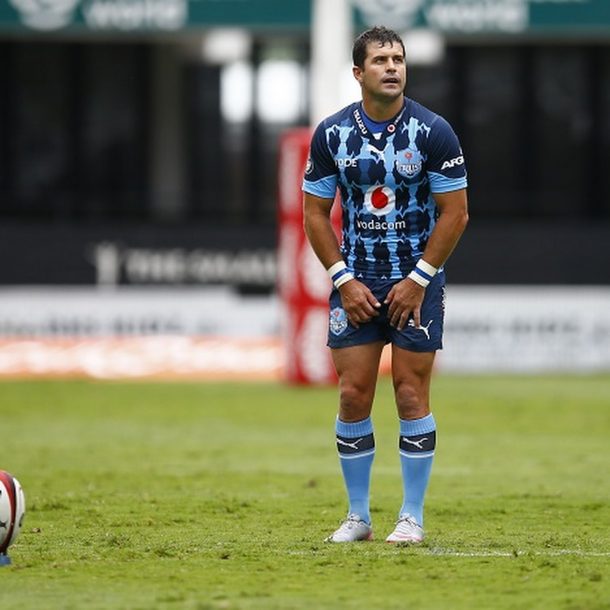 Veteran Morné Steyn has revealed his ambitions to return to the Springboks.

The 36-year-old Steyn‚ who has enjoyed a good run of form at Loftus since he returned in 2019‚ is tipped to be recalled to the Boks squad for the first time since 2016 for the British and Irish Lions tour.

Steyn’s chances were boosted by the fact that Boks number one kicker Handrè Pollard only recently returned to action with his French team Montpellier following a long-term knee injury.

The veteran will also have to compete for a place with Elton Jantjies‚ who joined French club Pau as a ‘medical joker’ in April in a bid to get much-needed game under his belt.

“Definitely‚ I think for any player in South Africa at any union the dream and the motivation is always to play for the Springboks‚” said Steyn as the Bulls prepared to visit the Lions at Ellis Park on Saturday for a Rainbow Cup SA match.

“Playing for the Boks will always be the case for me until I hang my boots. I definitely want to play for the Springboks again and it is one of the things that motivate me because I am a very competitive guy. Wherever I am playing‚ I want to be the best flyhalf on the field.

“When I came back to the Bulls I said I am not coming back to sit on the bench. I am here to be the best number 10 and that will always be my goal.”

Steyn further said he is in the right mental and physical state to take on the challenges of international rugby.

“But at the moment‚ my body is feeling good‚ the coaching staff is looking after me very well and my mind is still sharp. I take it year by year because I don’t want to say I am going to be around after two or three years. But we will see what happens.”

Steyn was part of the alignment camps that were hosted by Springbok coach Jacques Nienaber and Director of rugby Rassie Erasmus.

“Every time you get to a camp or into a meeting‚ you speak to the different coaches and you learn new stuff to get new information on what to work on and their game plan. Every meeting I am learning something from someone and I spoke to some of the new coaches I have never worked with. They are bringing something new to the team.”

Steyn‚ who made his Test debut in the first Test against the British and Irish Lions in 2009‚ said he will come full circle if he is picked to play against the same opposition 12 years later.

“I think for any sportsman you will do that full circle. In 2009 I started my Springbok career and I had a great year. But in 2012 I had a shocking year where my kicking was not good and I didn’t play well. In 2013 I started playing some good rugby again and I went overseas.

“Maybe I fell out of favour for the Springboks when I moved overseas‚ but I am back and things are looking good again. Maybe I will have a chance to play again for the Boks‚ go the whole circle and hopefully finish on a high.”