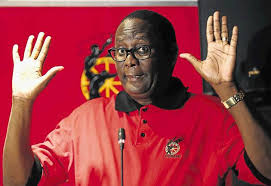 Speaking to The Times yesterday, Vavi said the federation, which will be launched next month, would not go out of its way to get cosy with the ANC.

Vavi made it clear it was necessary to forge a working relationship with the government to influence policies for the benefit of workers, but the federation wanted to avoid the influence of political parties, bosses and government .

“We have no issue with working with any political party from the standpoint of them being progressive, but we realised we need to have a working relationship with the government because that is how you actually change policies.

“We would prefer to have a working relationship – but at arm’s length.”

Vavi, expelled from Cosatu in 2016, said he would steer the federation clear of party-political issues.

The federation is to be launched at its inaugural congress set for April 21-23, where 21 trade unions are expected.

Several affiliates from Cosatu, such as metalworkers’ union Numsa, and food workers’ union Fawu, are expected to form part of the new federation.