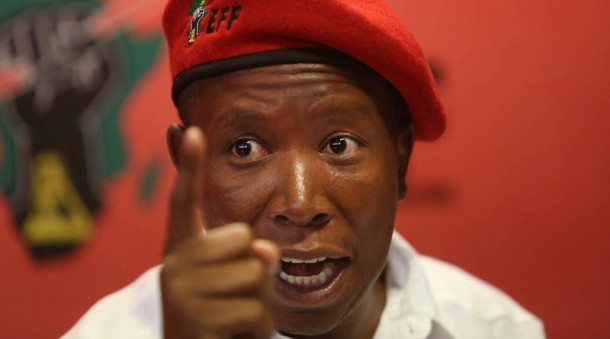 Unemployment would not exist if free education was introduced in 1994: Malema

If the government had provided the oppressed with free education instead of rural development programme (RDP) houses in 1994 after the advent of democracy‚ black people wouldn’t be unemployed.

This is according to Economic Freedom Fighters leader Julius Malema who was speaking on the online radio show Touch Drive on Thursday afternoon.

“Education is the only thing that will give us economic freedom in our lifetime. Even if we give you land‚ we give you mines‚ we give you banks‚ an uneducated society will sell back those things to the colonialists because they will be driven by a requirement and desire to make money now‚” said Malema.

“So it is through education that we will sustain economic freedom in our lifetime. People can be misled anyhow but the reality of the situation is only education‚ which will sustain everything that we have here [and] everything we wish to have. If we had given our people free education in 1994 and not RDP houses and not social grants‚ we would not have a problem today of people who want social grants‚” he said.

Although the top leadership of the EFF have acquired higher education qualifications over the past few years‚ Malema said the majority of members of the red berets and society in general were not educated and that is what motivated them to educate themselves.

“The young ones were existing to buy expensive jeans‚ expensive cars and expensive shoes and we cannot have a society that brags about expensive cellphones. We then came to conclude that knowledge is a huge achievement which can never be taken away from you and you can use it at any time. It doesn’t matter if your passion is radio‚ just equip yourself with a particular education so that if radio doesn’t work‚ you have got [something to] fall back on and you can always render your skills somewhere else‚” he added.

The EFF leader said statistics showed that only five percent of graduates were unemployed.

He said if graduates‚ those who were employed and entrepreneurs were in the same WhatsApp group‚ society could imagine how many graduates South Africa would have had from 1994‚ adding that they would not have required RDP houses or social grants.