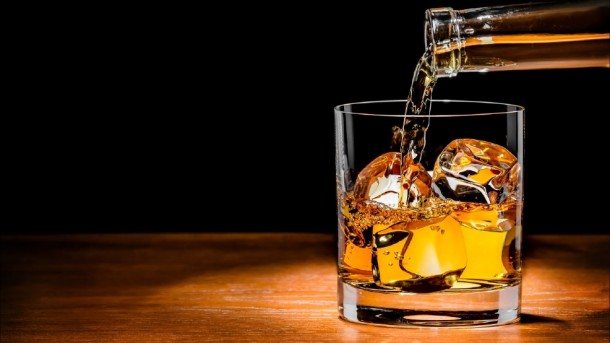 Various organisations and politicians are calling for the alcohol sales ban to be lifted. The sale and distribution of alcohol was reintroduced in June‚ more than two months after a ban was implemented on March 26.

But a second ban was imposed in July with President Cyril Ramaphosa insisting it was to help reduce trauma-related injuries in hospitals as the country battled to halt the spread of Covid-19.

TimesLIVE reported that the government has been advised by the Forum of SA Directors-General (Fosad) to rethink the ban and the national coronavirus command council (NCCC) suggested that the country be moved to level 2 of the lockdown. The council met on Sunday to discuss reopening the majority of the country.

‘We need to get the balance right’

On Wednesday‚ the Congress of SA Trade Unions (Cosatu) joined calls to lift the ban on alcohol.

Cosatu’s spokesperson‚ Matthew Parks‚ said many jobs were at stake and government had an equal duty to protect those who depend on the sale of alcohol to make a living.

“We have to bear in mind that hundreds of thousands of workers depend upon the sale of alcohol in legal companies‚ from the farms to the distilleries‚ to the transportation systems‚ manufacturing‚ retailers‚ and restaurants‚” he told eNCA on Wednesday.

DA leader John Steenhuisen has always been against the ban.

Steenhuisen said Ramaphosa needed to “end the hard lockdown”‚ including the irrational bans on tobacco and alcohol.

“It is high time for Ramaphosa to grow a spine‚ stand up to his party and start putting SA first‚” said Steenhuisen. “We cannot hide from this virus forever while our lives and livelihoods fall apart. We need to learn to live with it‚ since it will still be with us for many months‚ perhaps even years‚ to come.

“While we should all continue to wear our masks and adhere to safety protocols‚ we need to pick up the pieces and start to rebuild our shattered economy‚ which has lost over a trillion rand and three million jobs to this long‚ irrational‚ secretive‚ brutally hard lockdown.”

Western Cape premier Alan Winde said the economy now needed to be opened up further to save jobs because the second “pandemic” — unemployment — was gaining momentum in the province.

“We understand that alcohol-related harms do put pressure on our hospital system. We are also confident that we have sufficient capacity. We have‚ in the past‚ already put systems in place to deal with alcohol harms and trauma-related harms‚” said Winde.

He said domestic alcohol sales should be allowed immediately “with smart recommendations in place”.

“These positions have been taken to reduce the effect of a second‚ equally dangerous pandemic: unemployment. We will now engage the national government on these positions.”

On Tuesday‚ Agri SA expressed concerns about the affect of the ban on the entire alcohol value chain stretching from wine‚ barley‚ hops‚ fruit and maize farmers to glass manufacturers and processors.

“The ban on alcohol sales is corporate carnage. The cancellation of investments by the alcohol industry of over R15bn poses a massive threat to the sustainability of the industry and the economy as a whole‚” said Omri van Zyl‚ executive director of Agri SA.

Mihlali Xhala‚ head‚ corporate chamber‚ at Agri SA said: “If our main priority is economic recovery this is not helping. The industry is willing to abide by strict protocols‚ but the sudden ban does not make sense.

“Illicit alcohol trading is shooting through the roof and government is losing billions in tax and excise income.”

VinPro‚ a non-profit company which represents 3‚500 South African wine producers‚ cellars and industry stakeholders‚ warned that the country’s wine industry and wine tourism were in a state of disaster brought on by the lockdown.

VinPro’s MD‚ Rico Basson‚ said urgent intervention was needed or else one of the oldest agricultural industries in the country would not survive.

“Many wine businesses have already closed because of the previous and current trade restrictions‚ and the rest of the industry will simply not survive a continued alcohol ban‚ leaving tens of thousands of employees without any income‚ possibilities‚ or hope‚” he said.

SA Breweries (SAB) said it did not believe that the legal sale of alcohol was the primary contributor to the rising rate of Covid-19 infections.

The brewery recently stopped R5bn in investments in the country over the next two years because of the ban.

“The cancellation of this planned expenditure is a direct consequence of having lost‚ as of August 3 2020‚ 12 full trading weeks‚ which effectively equates to some 30% of annual production‚” said SAB’s finance vice-president‚ Andrew Murray.

“This decision is a result of the first‚ and the current‚ suspension of alcohol sales which has led to significant operating uncertainty for ourselves‚ our partners‚ as well as colleagues in the industry‚ including participants in the entire value chain‚ and which affects over one million livelihoods across the country.”

Heineken SA’s corporate affairs director‚ Millicent Maroga‚ said the beer brand was trying its “level best to make sure that we protect jobs during this difficult time”.

“We have a few interventions in place. One of course is looking at prioritising our expansion ambitions and one of those was the exploration of the potential brewery in Durban which we are unfortunately putting on hold‚” she said.

“We have‚ of course‚ put in place salary cut measures to ensure that we protect full-time jobs and also protect the jobs that we create indirectly through our outsource service partners.”