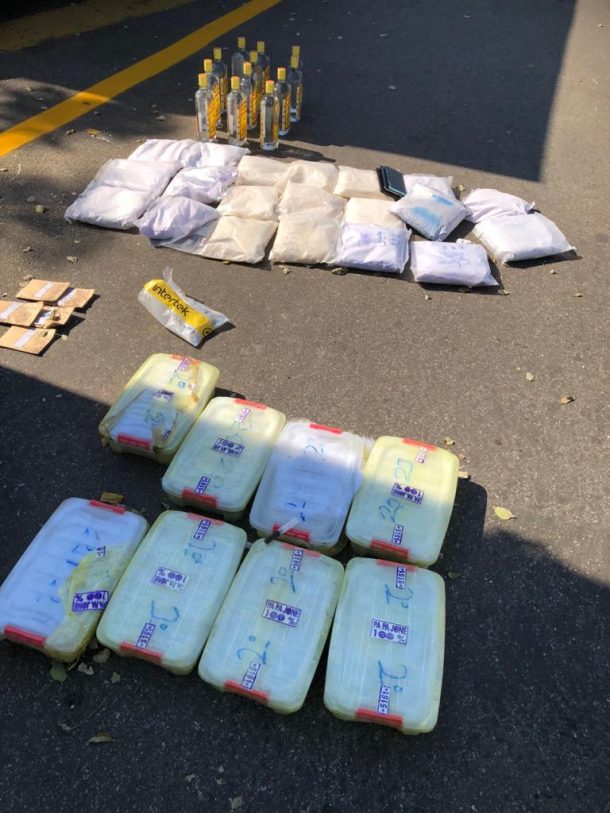 Two people were arrested after they were caught attempting to smuggle R10m worth of crystal meth and heroin into SA from Mozambique‚ Mpumalanga police said.

Police spokesperson Brig Leonard Hlathi said the two‚ who were travelling in a mini truck with a trailer‚ were nabbed at the Lebombo border post near Komatipoort on Monday.

He said the SA Revenue Service and police were conducting their normal duties when the truck from Mozambique stopped at the border to be processed.

The truck was searched and officials found makeshift compartments in both the truck and trailer in which the drugs as well as bottles of illegal liquor were stashed‚ Hlathi said.

“Preliminary investigation indicates that the occupants‚ a male and female‚ were planning to smuggle the drugs from Mozambique into the country before being intercepted by the said determined formations.”

The two‚ aged 48 and 50‚ are expected to appear in the Komatipoort magistrate’s court on Tuesday.

Zuma warned that security agencies were equal to the task and were not only focusing on enforcing lockdown regulations‚ but also combating all criminal activities.