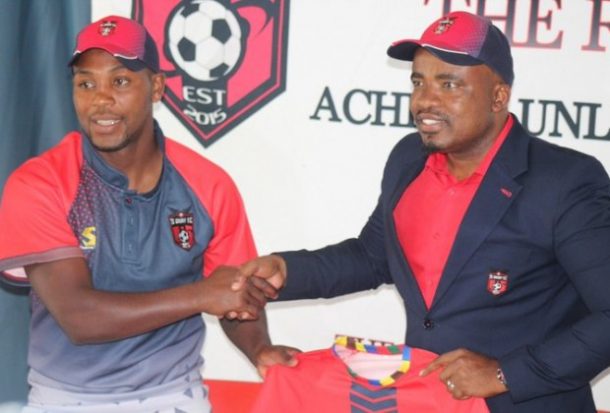 TS Galaxy owner Tim Sukazi has given his blessing to former head coach Mabhudi Khenyeza to take up an assistant position at Lamontville Golden Arrows.

Arrows are yet to officially reveal the identity of the new mentor that is to replace Steve Komphela after he suddenly left Abafana Bes’thende to join Mamelodi Sundowns as a ‘senior coach’ on Monday.

Mandla Ncikazi has been tipped to replace Komphela as head coach at Arrows but he could not be reached on Tuesday. Ncikazi‚ who assisted Komphela in the past two seasons‚ did not answer his mobile nor respond to a message that was left on his phone.

But Arrows confirmed Khenyeza’s arrival on their Twitter account @goldenarrowsfc1 and he was pictured working on the pitch with Ncikazi in a training session that was believed to have taken on Tuesday morning.

“The Lion (Khenyeza’s nickname) is back! We can confirm that Mabhudi Khenyeza is back at the club. He will be assisting with the coaching of the first team‚ as well as working closely with the Diski Boys‚” said the club in a statement.

Sukazi said he gave Khenyeza‚ who had been demoted to coach the Multichoice Diski Challenge (MDC) team‚ his blessing to join Arrows.

“An opportunity emerged for coach Mabhudi Khenyeza‚” said Sukazi‚ who recently bought the status of Highlands Park to campaign in the topflight of SA Football in the coming season.

“When he (Khenyeza) and I looked at it‚ we thought as opposed to waiting for the MDC to start or even an announcement to be made‚ he would be better off if he took the opportunity to assist at Golden Arrows.

“So when I looked at it we thought you know what we don’t even know the exact date of the start of the MDC‚ so rather he is involved at the highest level.

“When we looked at it we thought it’s the best under the circumstances.”

Should Arrows appoint Ncikazi as their head coach‚ it would be the African Wanderers defender’s first opportunity to hold this position at a PSL club. But the experience he’s gained from assisting many coaches at several clubs over the years may help him.

Komphela joined Arrows in December 2018 and ended at 10th place in the 2018-19 campaign before finishing 12th in the past season.