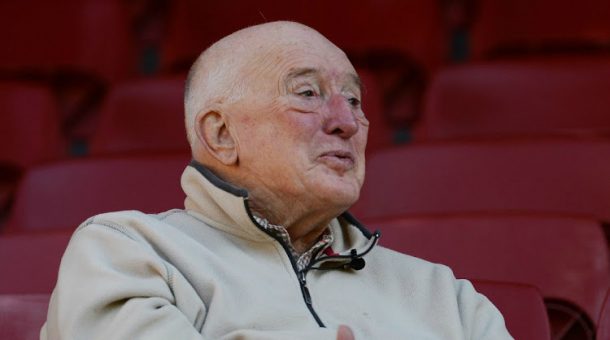 Tributes for Paul Dobson: ‘We mourn the passing of a great man of South African rugby’

Paul Dobson who touched so many lives as rugby historian‚ author‚ referee‚ coach and mentor died on Monday after a short illness.

Dobson‚ endowed handshake as warm as his smile‚ wore many hats in the game but did so with geniality and generosity of spirit.

It was easy to see his deep passion for the game. He was quick to share his vast knowledge of the game whether it is the coaching‚ refereeing or statistical sphere.

It was as a mentor and father figure former SA Schools flyhalf Craig Marais will hold him dear.

“I transferred to Bishops (Diocesan College) in 1979 and he was the first person I met. He was the house master‚” Marais said.

“It was a very confusing time for a young coloured boy but he took me under his wing. He became a mentor. He was more than that. He was like father to me and his wife Margaret like a mother.

“I played U14B and he was U15 coach and he soon put me in the A side. That put me on the path to representing the SA Schools team in 1983‚ of course we couldn’t call it that then.”

Even after Marais left school Dobson remained a guiding influence.

“When my father died in 1992 I was a bit lost‚ he was my rock and pillar. I will never forget that.”

“We mourn the passing of a great man of South African rugby; referee‚ author‚ historian‚ mentor‚ friend to all‚ Paul Dobson‚ who passed away (on Monday) afternoon after a short illness.

“Paul was a legend in the global refereeing community; was recognised for his services to the game by World Rugby in 2012 and was the fount of all knowledge on SA Rugby history in all communities‚” said Mr Mark Alexander‚ SA Rugby President.

“Rugby has lost a giant. Paul’s contribution to the game was extraordinary‚ and he never lost his passion for it‚ or his joy in its small and great moments‚ its past legends and its modern heroes. Rugby is much poorer today‚” added Mr Alexander.

Dobson is survived by his wife Margaret‚ son John‚ daughters Anne and Clare and five grandchildren.