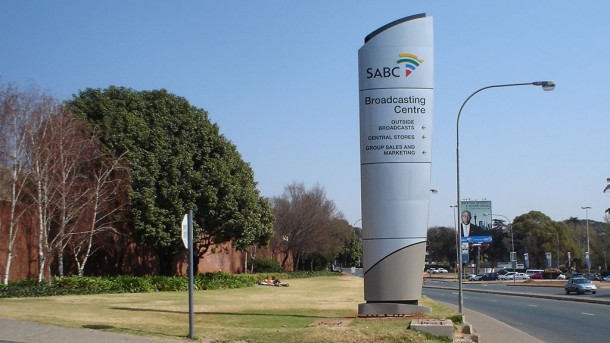 Towers of terror at SABC

Fear and loathing are stalking the corridors of the SABC as staff tell of editorial interference, threats, intimidation and surveillance at the broadcaster’s Auckland Park headquarters.

A supplementary affidavit filed in the Constitutional Court this week and internal correspondence seen by The Times describes, among other things:

Ramabulana made news this week when it emerged that Venda Building Society Mutual Bank, in which he controls a majority stake , lent President Jacob Zuma R7.8-million to pay for the upgrades to his Nkandla home.

SABC economics editor Thandeka Gqubule’s affidavit was filed in support of an application to the court by the so-called “SABC 8”.

All except Mvoko were reinstated after the Labour Court set aside their dismissal on July 26.

Steenkamp has quit and said on social media yesterday he had been “released with immediate effect”, rather than being allowed to serve out his notice until November 4.

The SABC 8 say although the public broadcaster accepts its policy is unlawful, the SABC and Communications Minister Faith Muthambi continue to defend it.

The eight want the SABC’s editorial policy over protests declared unconstitutional and for parliament to be held in breach of the constitution for not holding the public broadcaster accountable.

They also want the court to direct the National Assembly to launch an inquiry into a litany of complaints.

In the affidavit Steenkamp described how his laptop had been “tampered with” by the SABC’s IT security department.

Venter told of receiving a series of intimidating text messages.

“How dos (sic) it feel to be a liar traitor of the organisation (sic),” said one sent on August 26.

The next day she was told: “We can get rid of you.”

On September 5, shortly after receiving an e-mail to attend a meeting with his lawyer, Krige was warned not to go for his own safety.

“If You Go Ahead Tomorrow It Will Be The Last Warning,” the message said. A few minutes later Venter received another message: “Get Out Now Little Girl Don’t Go Tomorrow OK.”

Krige and Venter couldn’t establish who sent the messages and how the person knew they were about to consult their lawyer.

“The inescapable inference that can be drawn . is that our communications are being monitored,” the affidavit said.

He also claims he was blocked from interviewing labour leader Zwelinzima Vavi, “who most people know is not for Motsoeneng” .