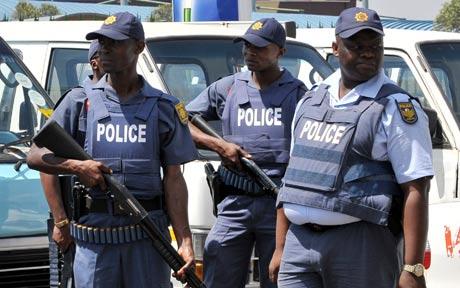 Cops in senior management will be taken out of their offices to police the streets‚ to ensure the August 3 municipal elections are safe and secure.

This is just one of the measures the South African Police Service (SAPS) will employ to deal with public violence during the elections.

“During periods like this we put much more priority on operations. We are all going to be somewhere‚ not doing the normal work that [we do].

“The divisional commissioner‚ for example‚ responsible for human resources development‚ will not be in his office looking at training issues‚ but will be doing policing.”

Phahlane said all senior managers with police training will be deployed to the streets. The extra boots on the ground will target identified hotspots across the country.

Though Phahlane would not say which areas are hotspots‚ he said that more officers with specialised competencies‚ such as the Public Order Policing unit‚ would be stationed there‚ reiterating that he is not concerned that officers will be thin on the ground.

“We believe that we have done thorough [planning]‚ which talks to the numbers [of officers] and the risk profiles of the respective areas.”

This year the elections campaign trail has been dirty and dangerous‚ with violence erupting in Tshwane last month and five reportedly killed in suspected politically-motivated attacks in KwaZulu-Natal this week.

With threats of violence on election day being issued from some areas‚ Phahlane said the politics of a few will not disrupt the elections for others.

“We cannot allow a situation where people of this country are going to be held ransom by a few individuals.”

In the run-up to the elections the men and women in blue will continue to monitor political gatherings in an effort to prevent intimidation.

The police will not favour one party over others‚ Phahlane said‚ responding to allegations by the Economic Freedom Fighters that its members have been targeted by the intimidation tactics of other parties.

The police have opened operational centres in all provinces to monitor the situation on the ground on a 24-hour basis‚ 7 days a week.