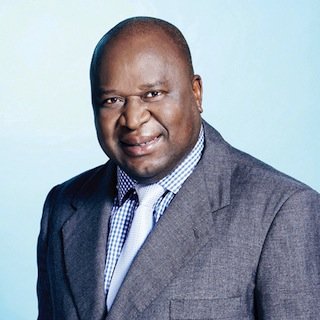 He was apparently conned out of his bank card and had R5‚000 withdrawn from his account by an ATM card thief on Thursday afternoon.

He warned on his Twitter account: “Be alert at the ATMs at Shell and Caltex Petrol stations‚ N1‚ Midrand. Just been duped and lost my card and ten minutes later‚ R5k withdrawn.”

This was followed by: “There is an ATM thug operating there. He looks like a perfect gentleman‚ bold head‚ smartly dressed and seemingly very helpful. Be warned!”

To which well-known journalist and anti-crime campaigner Yusuf Abramjee responded: “These criminals are active at many ATMs.”

CWP@Limbo73 tweeted: “Sounds like the people who run #SABC etc.”

Most people on social media were sympathetic to the former politician’s plight. However‚ one social media user was perhaps not as kind.

Tabi T. Tabi @tabitabe had some advice for the former SARB governor: “Sir‚ rule is‚ don’t let no one get close to you while at the ATM. It’s a way to distract you‚ swap cards and still pin code.

What is the most awkward question a child has ever asked you?#weekendlunch with @FezileManzini ... See MoreSee Less
View on Facebook
· Share