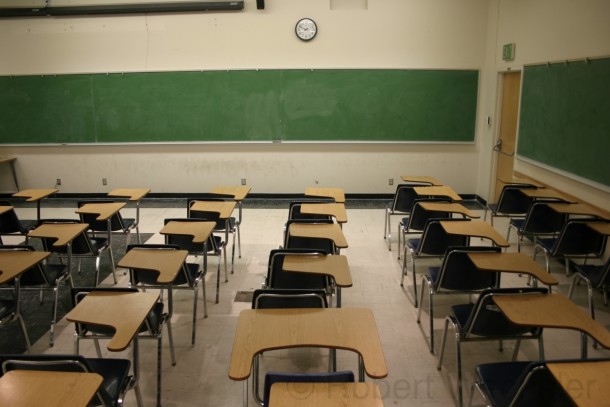 Thousands of children ill-advised on careers in flawed testing

Thousands of children have undergone psychometric testing by people unqualified to administer them.

Anton Dreyer, the psychologist responsible for the tests, was struck off the Health Professions Council of South Africa’s medical practitioners’ roll yesterday. He was found guilty of unprofessional conduct in March.

Dreyer, who worked for Human Progress Management – a company that teaches children how to learn and sponsors school psychometric evaluations – was struck off after he had knowingly allowed unqualified people to conduct psychometric testing on high school pupils for the past nine years.

He told the council’s tribunal that he wrote about 14000 reports a year for pupils, which meant that over the nine years he would have affected the career choices of nearly 130000 pupils.

At least 10000 of the children who were assessed and scored by Dreyer through the flawed evaluation processes came from poor areas.

Dreyer, through his lawyer Roelof Boschoff, speaking outside the tribunal yesterday, said he would appeal against the verdict and sentence.

The Times understands criminal charges are being considered against Dreyer and those who conducted the tests.

Dreyer was found guilty of allowing Adele du Plessis, who is not registered with the council, to score school psychological test answer sheets and the tests he knew had been provided by unregistered people.

He collaborated in a clearly flawed psychological process, the validity and reliability of which was questioned.

Only registered psychologists are allowed to conduct psychometric testing.

The council was alerted to Dreyer’s activities by HPM franchisee Phillip Prinsloo, who blew the whistle on Dreyer’s use of Du Plessis to conduct the tests.

Prinsloo said the tests were meant to be conducted over five hours, with two breaks for pupils, but he had noticed this did not happen and that pupils fell asleep at their desks.

“This would mean writing a report every seven minutes, which we find improbable.

“Dreyer claims he now offers ethical classes to future assessors, yet he has never expressed remorse. We find it deeply concerning that he is now teaching ethics to newcomers.

“The committee finds Dreyer’s conduct disgraceful and distasteful. He could have put a stop to this, but did not. He tried to apportion blame to Prinsloo, but he is not the psychologist; Dreyer is.”

Sithole said that Dreyer’s defence had argued that the effect was never verified as no complaints were ever received, “but we find this questionable as people may only gain insight much later into their careers”.

“In his defence Dreyer said that only 800 pupils were [negatively] potentially affected.

“It’s disturbing that the defendant tried to trivialise that only 800 children’s futures were affected.”

As the psychologist, Dreyer remained the person who had the responsibility from beginning to end of the process, he said.

“He failed to carry out his duty.”

Prosecutor Meschak Mapholisa said this “will bring justice for all future children whose lives could have potentially been ruined”.

Ina von Brandis, HPM’s managing director, last night blamed Prinsloo for the saga, which she said occurred out of revenge for being fired.

She said Dreyer had had a contract with HPM for several years.

“We were told several years ago by the psychologists working for us that they were not allowed to work for HPM, but had to work for themselves.

“We changed them to contractors, and hired them when we needed them.”

Asked about checking the qualifications of those contracted by HPM, she said it was not their responsibility.

“We only sponsor these assessments.

“We don’t even know the qualifications of those doing the tests. The contract with the psychologists states that they will not do anything against the law.”

Educational psychologist Vanessa Gaydon, an executive member of the Education Psychology Association of SA, said that to write up such reports could take up to four hours.

“These tests will be invalid as no one knows if they were administered correctly.

“They would have trusted him as a professional person and have been guided in terms of subject choice, which means they might have chosen the wrong subjects.

“This would have set these children up for failure in life.

“If he assessed children in Grade 9, there is an entire generation of people from schools who have been given the wrong information and are bombing out in society. It is totally horrific.”

She said this sort of psychometric testing had its place for children who had no sense of where they were going.