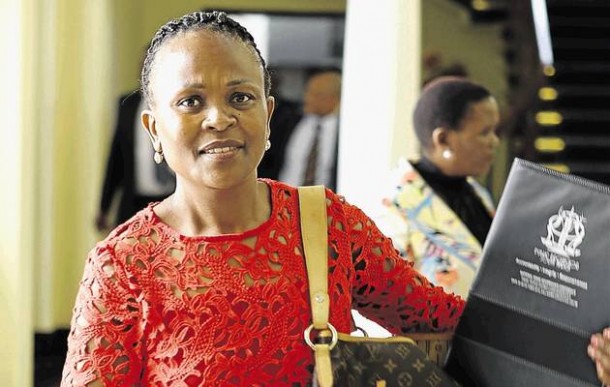 ‘There are some positives to take from Mkhwebane’s first 100 days’: AfriForum

While the new public protector distances herself from “her popular predecessor”‚ Busisiwe Mkhwebane “positions herself closer” to President Jacob Zuma‚ AfriForum said on Monday.

Deputy CEO Ernst Roets said on Monday‚ in the group’s report on Mkhwebane’s first 100 days in office‚ that it “is concerned about the perception that advocate Mkhwebane is creating of herself and her office”.

But Roets appeared to give her the benefit of the doubt‚ saying: “We anxiously await the first report initiated and/or performed by or under the supervision of advocate Mkhwebane. This will offer true insight into her intentions and may quickly change the public’s perception of her into one of a true public protector.”

AfriForum noted that “there are also some positives to be taken into account”‚ such as her “intentions to clear the large backlog of cases and increase the accessibility to her offices are laudable”.

Its report listed some of her “most controversial and noticeable actions”:

– The criticising of advocate Thuli Madonsela before Parliament’s portfolio committee on justice and correctional services;

– The alleged changing of the TV channel at the public protector offices from eNCA to that of ANN7 exclusively;

– The decision to oppose neither President Jacob Zuma’s‚ nor minister Des van Rooyen’s interdict against the state capture report;

– The case that she opened with the SAPS regarding the leaking of audio tapes that contained the state capture interview between Madonsela and Zuma; and

– The incident with Madonsela’s chief of staff‚ who was allegedly marched out of her office by security staff.

Said Roets: “AfriForum is concerned about the perception that Mkhwebane is creating of herself and her office. It appears as if she is trying hard to distance herself from her popular predecessor; yet in the process she positions herself closer to President Zuma and the corruption allegations that surround him.”

Also on Monday‚ the Pan Africanist Congress of Azania (PAC) both called for a halt on attacks on the public protector‚ but also told Mkhwebane “to stop behaving like a dominant faction within the governing party”.

Spokesperson Kenneth Mokgatlhe noted on Monday that Madonsela had said the institution “should be supported by all sectors of society to be able to do its democratic work”.

His comments came hours after EFF leader Julius Malema fired a barrage of criticism at Mkhwebane‚ despite his party approving her appointment last year.

“From today we must stop calling Busi public protector‚ we must call her state protector‚” Malema said at a post-plenum press conference.

Mokgatlhe reacted to this with: “To attack the public protector will not help anyone‚ but will explicitly have higher costs for ordinary citizens who do not have access to courts as they are very expensive.