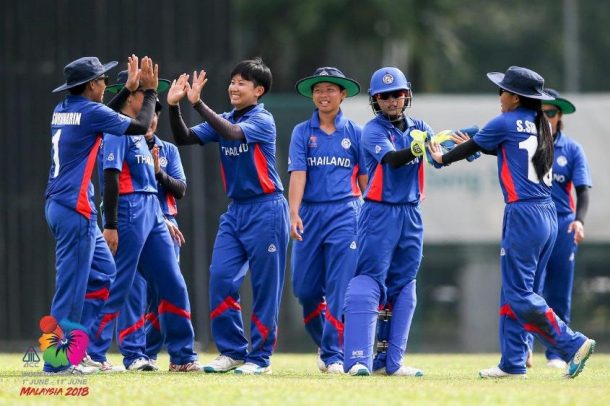 With England seen off‚ Thailand are the next impediment standing in the way of the Proteas Women’s team on Friday.

It’s a critical game in every respect as Thailand‚ who are the weakest team in the group‚ gave a good account of themselves in the seven-wicket loss against the West Indies.

SA weren’t expected to beat England in Perth on Sunday‚ but they did. With that powerful team deposed‚ a play-off spanner has been thrown in the works.

With the group shaped similarly to the 2018 Women’s T20 World Cup group that SA couldn’t get out of‚ it was important that one of England or the West Indies had to be beaten in order to stake a play-off place.

The England box has been ticked and it should be a similar case against Thailand at the Manuka Oval on Friday‚ but complacency must be guarded against.

Australia were victims of this mentality against a shrewd India side in the tournament’s opening game on Friday and are facing a fight to remain in the tournament‚ even though they beat Sri Lanka.

It’s like the tournament has taken on an unpredictable nature as teams who’d barely fire a shot suddenly find the confidence to pick a fight with the established teams.

Thailand still have the might of England to deal with on Wednesday morning with the Canberra double header being sealed by the West Indies/Pakistan clash that’ll give SA a clear idea of what lies in store on March 1 and March 3 when they face Pakistan and the West Indies at the Sydney Showground Stadium.

SA can take heart from the fact that their Perth performance against one of the tournament favourites was a complete one where the batting and the bowling came together.

Theirs is still a learning path‚ especially after the disappointment of the New Zealand T20 where they let themselves down in the three losses.

All will be forgotten should they make the semi-finals but there’s still some way to go.

However‚ they’ve already sown their own success seeds‚ but they still have three more games in which they can germinate.