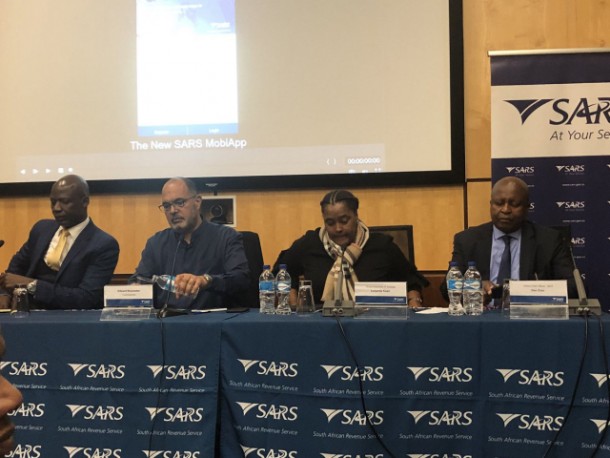 The SA Revenue Service (Sars) has raised the tax threshold for returns to R500‚000‚ commissioner Edward Kieswetter announced on Tuesday.

The previous threshold covered those earning less than R350‚000 a year‚ meaning they did not have to file returns.

Kieswetter said for those who fell in the bracket it was “better than sliced bread”. During the last tax season 1.5-million taxpayers were not required to file submitted returns.

“We would like to reiterate our commitment to building confidence between the SA public and the SA Revenue Service‚” Kieswetter said at a briefing in Pretoria.

“It is very important for us‚ and [we are] working hard to earn the trust of the SA public. We will continue the work of ensuring tax morality and compliance.”

Kieswetter said voluntary compliance was the highest leverage to reduce the tax burden on everyone.

He encouraged taxpayers to use online channels such as eFiling and Sars’s mobile app.

Kieswetter said tax was simply an overlay of economic activity and if Sars was better connected to the economy it could serve it better.

The commissioner gave a warning to those who were not tax compliant and said there would be consequences.

Kieswetter was giving an update on the upcoming tax season‚ a month after he took office as commissioner.

Kieswetter took over from Mark Kingon‚ a Sars veteran who took over in an acting capacity after Ramaphosa suspended Tom Moyane in 2018.

The former commissioner was fired in November‚ in line with recommendations from judge Robert Nugent‚ who headed a commission of inquiry into governance failures at the institution. The failures were blamed for revenue shortfalls that led to a VAT increase in 2018‚ the first in more than two decades‚ which hurt the country’s poorest.