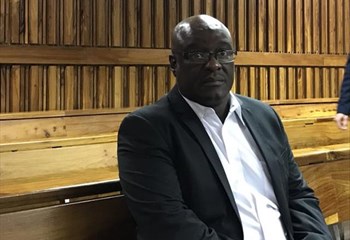 This was confirmed by one of the senior officials of the department on Tuesday.

“It is true. He resigned with immediate effect on 15th January 2018‚” the senior official confirmed.

Last month‚ Selebano finally started testifying at the Life Esidimeni arbitration hearings and placed some of the blame for the tragedy on the shoulders of former health MEC Qedani Mahlangu.

He said pressure to place patients in NGOs came from Mahlangu‚ to which evidence leader Patrick Ngutshana replied: “Now we are getting somewhere.”

More than 140 mentally ill Life Esidimeni patients died when they were transferred to unregistered NGOs.

Selebano was forced to testify at the arbitration hearings after losing his court bid to challenge his subpoena.

Selebano said “some” NGOs‚ including Precious Angels‚ took in more mentally ill patients than they could cope with so that they could make more money‚ calling it a “numbers game”.

Selebano admitted there was great pressure to move patients into NGOs after the Life Esidimeni homes contract was cancelled‚ but would not be drawn on who cancelled the contract that left almost 1‚700 severely intellectually disabled patients without homes.

Retired Deputy Chief Justice Dikgang Moseneke‚ who chaired the hearings‚ asked Selebano more than 10 times why he moved patients out of NGOs. He would only say it was because he had been instructed to.

After three hours on the stand he admitted the NGOs were “not fit for purpose”.