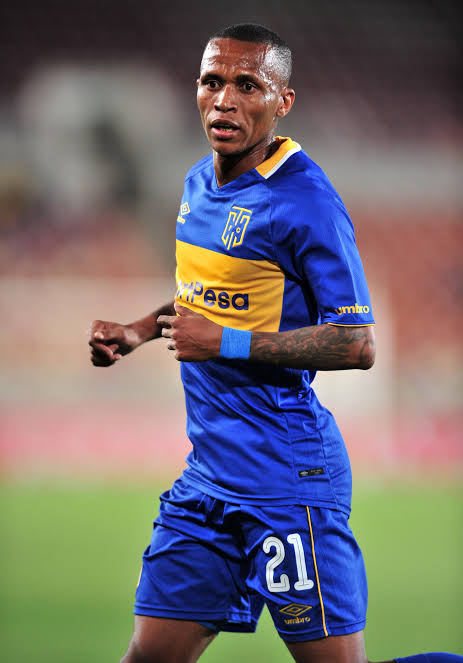 There is a consistent theme being trotted out by Cape Town City players over the past few weeks suggesting that the heart‚ soul and inspiration of the current side is experienced winger Surprise Ralani.

The 32-year-old has been excellent and is clearly having an impact on a squad that were struggling at the turn of the year‚ but have two wins and a draw from four matches to start 2020.

Thabo Nodada spoke the week before about the inspiration that Ralani is to many in the team‚ and captain Thami Mkhize repeated it unprompted in the build-up to Friday night’s crucial home clash with fellow strugglers Black Leopards at the Cape Town Stadium.

Ralani says he feels “humbled” by the comments from teammates‚ and it serves as an inspiration to him to do better.

“I’m just humbled by their words‚ it gives me more motivation and encouragement to do more for the team‚” he said.

“It’s great when you do something good and the people acknowledge what you are doing. It pushes me to want to do better.”

It is certainly the most consistent he has been in the Premier Soccer League‚ but Ralani says he is striving to regain his top form of two years ago.

“Two years back I had my best season in my football career [at Helsingborg in Sweden]‚ I am still looking forward to having a season like that. I have been doing well at Cape Town City‚ but I don’t feel like I have reached that level where I am at my best.”

He says he has enjoyed his return to South Africa‚ which has allowed his family to finally see him play after almost a decade spent in Sweden and Denmark.

“Me playing in Europe for so long‚ my family and friends had never seen me play. It motivates me to do a lot more than what I did in Europe‚ so they can experience what I have done in my career‚” he says.

“But I just want to play football the way I used to do as a kid‚ be happy on the field and do what I can to help the team.”

Ralani’s career has perhaps not hit the heights it might have as every time he seemed to be gaining momentum‚ he was struck down injury.

That appears to be no longer the case and he says it was a debilitating anterior cruciate ligament injury five years ago actually helped him fix his broken body by forcing him to strengthen up.

“The ACL injury I had in 2015 has been a blessing in disguise because I had to go through rehab and it was a lot of gym training‚ and I have always hated gym. After that‚ I had small injuries here and there‚ but not as big as before.

“Before I would get muscle injuries and would be out eight weeks‚ 10 weeks or even 12 weeks. Now even if I have a muscle injury‚ in two weeks I am back. So the rehab that I had to do then [in the gym] actually helped me a lot.”

As for Leopards‚ Ralani says he and the side are seeking revenge after they let a point slip in late December when Lesedi Kapinga scored a late goal to give Lidoda Duvha a 2-1 win in Thohoyandou.

“Leopards had a draw in the last game against Chiefs and everybody knows how good the Chiefs of this season is. So they will come highly-motivated‚” Ralani says.

“It will be a tough encounter. We are also looking for some revenge over them because last time we lost 2-1 [in Thohoyandou] and they beat us with a sucker-punch in the last minute.”

Ralani also scored in that game‚ one of two goals he has netted this season.