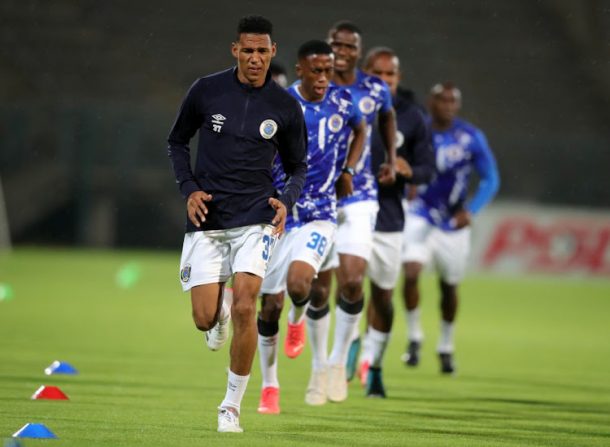 SuperSport United are fearful more Covid-19 infections will decimate their squad and leave them more threadbare for their next outing after they had seven regulars missing for the weekend’s derby against Mamelodi Sundowns.

Coach Kaitano Tembo‚ captain Rowen Williams and last season’s leading goal scorer Bradley Grobler had to sit out the 1-0 home loss to the champions after testing positive in the days before Saturday’s clash‚ leaving Andre Arendse in charge of a makeshift team.

SuperSport are forced to test all their players and staff twice a week by parent company MultiChoice and as a result have had many more positive outcomes than any other club in the league‚ save for the 35 at Kaizer Chiefs over the past few weeks.

“We are a club who take particular pride in putting the health and safety of our players and our staff first‚ hence the fact we were very big on testing regularly‚” said Arendse.

“We want to do the right thing all the time. Taking health and safety measures is the right thing. It’s unfortunate we will have players and staff who are laid low.”

More testing means it is almost inevitable some who had initially tested negative before the Sundowns game will turn out to be positive and send more of their squad into isolation.

SuperSport promoted four players up from their Diski Challenge team to fill places on the bench last Saturday and might have to hand out debuts when they take on Sekhukune United at Ellis Park on Saturday.

“It’s our job as coaches to make sure the ones who are able to be selected are fit and on top of how we want to play‚” said Arendse.

“The thing that makes my job easier is that coach Kaitano is always big on installing the structures we want to play in‚ how to tackle the game moments.

“The players understand our philosophy and they know what to do‚ so that makes my job a lot easier‚ especially for the youngsters coming in.

“Fingers crossed we can go into Saturday’s game against Sekhukhune with the same squad and potentially get one or two back‚” the former Bafana Bafana goalkeeper said.

One potential bright note for the club is Kudakwashe Mahachi‚ Sipho Mbule and Teboho Mokoena have already missed three matches because of a positive Covid-19 test and could be back by Saturday‚ but Jesse Don will have to continue isolating.