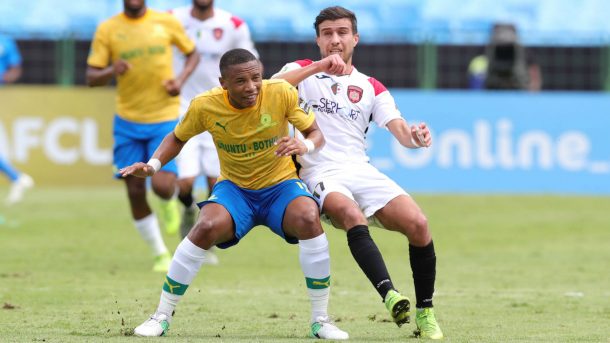 Mamelodi Sundowns’ record run to the quarterfinals of the CAF Champions League will see them seeded for Wednesday’s draw in Cairo‚ which should offer them an easier route to the next stage of the competition.

Having said that‚ no teams in the quarterfinals should be considered easy‚ but they know that they will not have to face any of the other group winners.

That rules out a clash against DR Congo giants TP Mazembe‚ the Tunisian duo of Étoile du Sahel and holders Espérance de Tunis‚ or Moroccans Wydad Casablanca‚ who were in the same Group C as them in the last stage.

It leaves only three potential opponents in the quarterfinals – the Egyptian duo of Zamalek and al Ahly‚ or another Moroccan side in Raja Casablanca.

Sundowns will look at all three as tough‚ but winnable matches‚ especially the way they negotiated the pool stage which included clashes against two other North African sides in Wydad and USM Alger.

On paper Zamalek look the weakest of those opponents‚ but have the best coach in Patrice Carteron‚ who took over from ex-Orlando Pirates tactician Micho Sredojevic late last year.

Frenchman Carteron won the Champions League with Mazembe in 2015 and also took Al Ahly to the final 2018‚ where they lost a controversial decider to Esperance.

Zamalek‚ who won the CAF Confederation Cup last season‚ finished second behind Mazembe in Group A.

Ahly are coached by Swiss tactician René Weiler and look to be striding to yet another Egyptian Premier League title.

They are perhaps not the force of old‚ but still a very good team that will present the usual challenge to Sundowns with their technical ability and street-smarts.

Sundowns did thrash Ahly 5-0 in the first leg of their quarterfinal last season‚ a result that sent shockwaves through the Cairo club. But that was very much an off-day and is unlikely to be repeated.

Ahly got a draw at Al Hilal in Sudan at the weekend to book their second place in Group B.

Raja Casablanca finished second in Group D on goal-difference only as they were pipped by Etoile.

A feature of their side is how difficult they are to break down‚ with only Etoile managing to score against them in the pool stage.

The draw will also be made for the semifinals on Wednesday‚ giving Sundowns a clear idea of their path to the final‚ which for the first time this year will be played at a neutral venue as a one-off fixture.

Sundowns reached the quarterfinals as the only South African side to progress through the pool stages unbeaten in the history of the Champions League‚ while their points tally of 14 is also a record for a Premier Soccer League club.