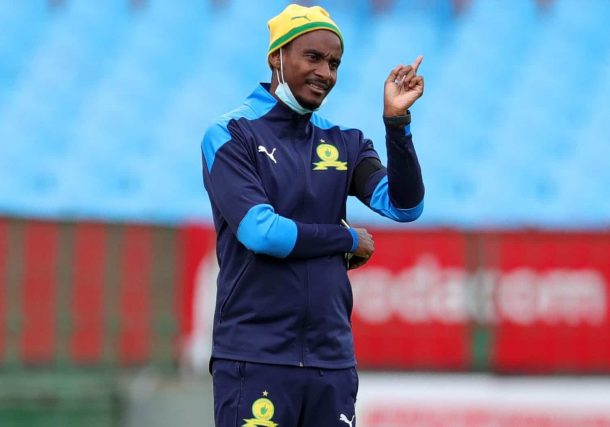 Sundowns coach Mokwena predicts the Bucs team: “I can give you the Pirates line-up’

Mamelodi Sundowns coach Rulani Mokwena has given insights into how he expects rivals Orlando Pirates to line up when the two sides meet in a highly anticipated Nedbank Cup quarter-final match at Loftus on Thursday.

Mokwena has intimate knowledge of the inner workings at Pirates as he was part of the club’s technical team for almost two years between 2017 and 2019‚ where he also served as assistant to current coach Josef Zinnbauer.

As the two giants prepare to collide on Thursday for a place in the semifinals against Tshakhuma Tsha Madzivhandila (TTM) on Sunday‚ Mokwena said they have a good idea of the team Pirates will send out.

“I can give you the Pirates line-up‚” said Mokwena.

“We all know more or less who will play except for the conundrum from the good performance in their 3-0 win over Ahli Benghazi of Libya where Tshegofatsho Mabasa and Kabelo Dlamini played‚” he said.

“That is the possibly their biggest conundrum‚ but you know there are possibilities of Siphesihle Ndlovu or Ntsikelelo Nyauza playing at right back. With Nyauza‚ it is more of a back three than it is a back four because with Ndlovu there is a lot more adventure and forays offensively.

“It will possibly be Happy Jele‚ Thulani Hlastshwayo‚ Paseka Mako and if Nyauza is not playing centre half‚ he is playing right back. In the midfield there is Thabang Monare and Ben Motshwari at central midfield‚ Fortune Makaringe as their number ten and there is also Vincent Pule in that space.

“Then there the remaining positions for the likes of Gabadinho Mhango‚ Deon Hotto‚ Kabelo Dlamini or even Linda Mntambo. So‚ we know more or less the Pirates line-up and fortunately we are also clued up on some of their schemes.

“From the point of view of the technical match-up‚ you know that there are some very good players and tactically the profile of the team is possession-orientated and transitional.

“It should be a good game on Thursday‚ it’s just a pity that a spectacle like that will not have fans in the stadium.”

Mokwena decribed the game as the ‘final before the final’.

“With due respect to all the remaining sides and the teams that participated in the competition‚ I think this is the final before the final.

“Pirates are strong opponents with very good players and players that offer good weapons. When you profile opponents you do some form of individual profiling and of course you see the characteristics of the side.

“For an example‚ they average about 54 percent of ball possession per game but the profile of the team is the same because they are dynamic.”