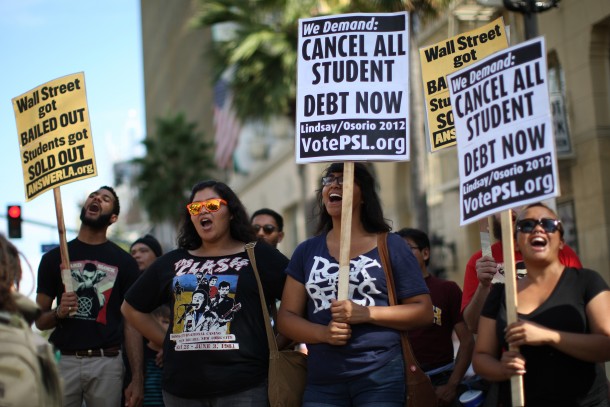 Student debt: Gloves are off

In a bid to recover billions in outstanding student loans the National Student Financial Aid Scheme has threatened to name and shame unco-operative companies that employ its debtors.

The scheme received an R81-million windfall when about 23,000 former students paid up after defaulting on loan repayments. SARS and debt collectors helped bring in the cash.

Now the financial aid scheme will target companies that have refused to give it access to their records.

It is nearly a year since the scheme began its campaign to recover the R14-billion owed to it by beneficiaries who had completed their studies at tertiary institutions.

The scheme said that 70% of its debtors who had not made repayments worked in the private sector. It has in recent months been in talks with private companies, government departments and parastatals that employ its debtors to get its money back.

Speaking to The Times yesterday, scheme spokesman Kagisho Mamabolo said efforts to get information out of some private companies had not been successful.

Mamabolo said that a Johannesburg insurance company employed about 17000 of its debtors. Another big employer of debtors was a major retailer.

“This has been a real stumbling block for us because we have managed to negotiate with other organisations and started the process of repayment,” Mamabolo said.

Employers that have co-operated with the scheme by giving it access to its records include Eskom, the KwaZulu-Natal provincial government and the SA Social Security Agency.

The scheme used the SARS database to track down debtors who had volunteered to work for the Independent Electoral Commission during the recent local government elections.

The number of National Student Financial Aid Scheme debtors increased from nearly 27000 to 46693 between August last year and July. The number in government employ increased to 29000 from 16000 during the same period.

The proportion of debtors who made arrangements to repay their loan by debit order increased by 60%, and an additional 2000 former students made direct deposits or electronic transfers . But this is only a drop in the ocean of student debt.

Mamabolo said it was disheartening that beneficiaries who were once desperate for funding are now making it difficult for deserving students to get the same opportunity.

The 71 753 students who were unfunded or underfunded between 2013 and 2015 have until the end of this month to apply to have their debt cleared in a once-off funding category known as “historic debt”.

Just over R2.5-billion was set aside by the scheme to pay the fees of students who applied and qualified for funding in the 2013, 2014 and 2015 academic years.

The Department of Higher Education says it will resolve the impasse around fees by the end of this month, when Minister Blade Nzimande is expected to make an announcement.