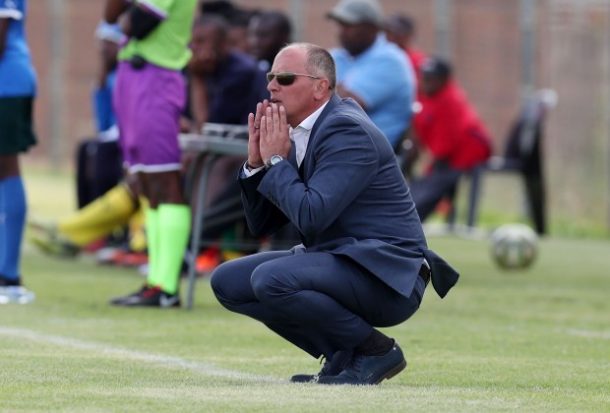 Struggling Eastern Cape side Chippa United have confirmed the appointment of Vladislav Heric as technical adviser with immediate effect.

The 54-year-old Serbian coach will remain at the relegation-threatened Gqeberha side until the end of the DSTV premiership campaign next month.

According to the club‚ Heric will provide assistance to the technical team led by interim coach Siyabulela Gwambi.

“Vladislav is a person that is familiar with the success of our brand‚ having helped us win the GladAfrica Championship in the 2013/14 season. We do welcome him back to the club‚ where his experience will play a pivotal role for our technical team in the last eight DStv Premiership fixtures. We are looking at finishing in a respectable position in this campaign‚” said club boss Siviwe Mpengesi on Wednesday.

Heric arrives during a tumultuous time for the club as not only are they second from the bottom‚ but they have gone through a coaching upheaval that dominated national headlines for days.

The drama began in the beginning of the month when Mpengesi sacked coach Dan Malesela after an embarrassing 1-5 league defeat to Maritzburg United.

Controversial Belgian coach Luc Eymael was appointed as the club’s “technical adviser” a day after Malesela’s sacking‚ with the Zwide-born coach Gwambi assuming the head coaching job on an interim basis.

But pressure from the Economic Freedom Fighters in the Eastern Cape‚ commentators‚ sports fans and other political figures forced Mpengesi to cave‚ and Eymael was released.

But the club continues to face relegation and Heric will be expected to help turn things around urgently.

Chippa’s next league match is against Golden Arrows at Nelson Mandela Bay Stadium on Sunday.